For the 2017 Pirelli Calendar, Peter Lindbergh goes beyond the camera with the idea that “talent is more important than beauty.” To do so he recruited 15 actresses – Kate Winslet, Penelope Cruz, Nicole Kidman, Dame Helen Mirren, Uma Thurman, Robin Wright, Lupita Nyong’o, Alicia Vikander, Julianne Moore, Rooney Mara, Jessica Chastain, Charlotte Rampling, Zhang Ziyi, Lea Seydoux – plus Anastasia Ignatova, a professor of political theory in Moscow Lindbergh met last year. However, the Calendar is not the only Pirelli project the photographer worked on this year. While he was scouting locations for the calendar, Lindbergh visited the Settimo Torinese technology hub, the most advanced factory in the Pirelli world. The photographs resulting from the visit were initially supposed tobe part of the Calendar, but because of the beauty and the relevance of the images, the photographer and Marco Tronchetti Provera, Executive Vice President and CEO, decided to make them into a future exhibition on innovation, which will be held in 2017. Here, Peter Lindbergh talks about his visit to the Settimo Torinese technology hub, his new interest in inanimate objects, and the future of fashion photography and art. 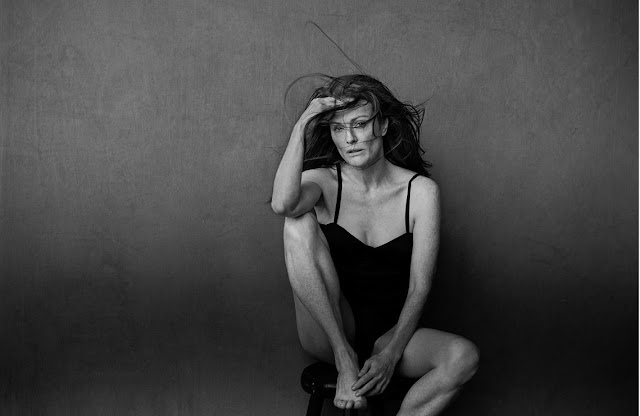 Read more »
Posted by niwdenapolis at 2:03 PM No comments: Links to this post

This is a great message about dancing to make yourself feel good. It’s about how music and dancing can be almost feel like a depression therapy. Using dance as an outlet for creativity and a method of meditation.
Director Trang Doan want us express our depression through dancing. Trang wants us to release our stresses through dancing. Dancing brings us back to a more primitive, and consequently, more liberated state of mind. It causes our thoughts to simplify, to focus on our bodies and our movements instead of the more complicated stressors of life.

FELT from TRANG DOAN on Vimeo.

Read more »
Posted by niwdenapolis at 1:24 PM No comments: Links to this post

When a new life meets an old one and savoring all the nuances, distances and experiences between the two are the things that inspired artist Jing Huang.

Jing Huang is a ceramic artist and sculptor currently based in Toronto, Ontario. She was born and raised in China. Jing's works has been exhibited in Canada, China and the United States since 2010. She is currently an Artist-in-Residence at the Harbourfront Centre in Toronto.

"In my recent sculpture, I have been exploring nature, loss and dislocation. Nature changes a lot. It moves, as I have moved. It always refreshes my mind...My works are the voice and imagination of my life outside my country. They record the feelings and changes in my life. Reassembling observations are my key to making sculpture, my way to Shi Wai Tao Yuan, my Shangri-la."  Jing Huang 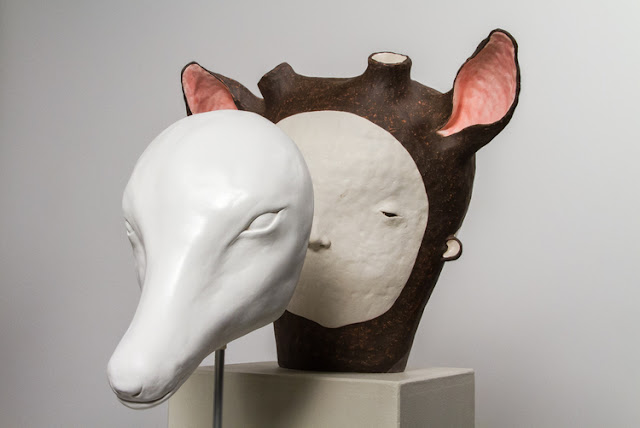 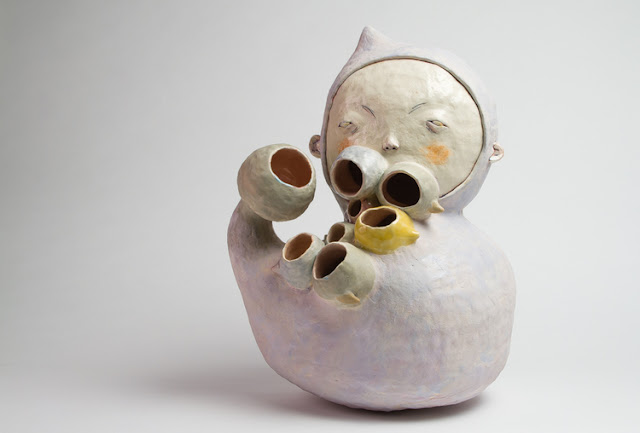 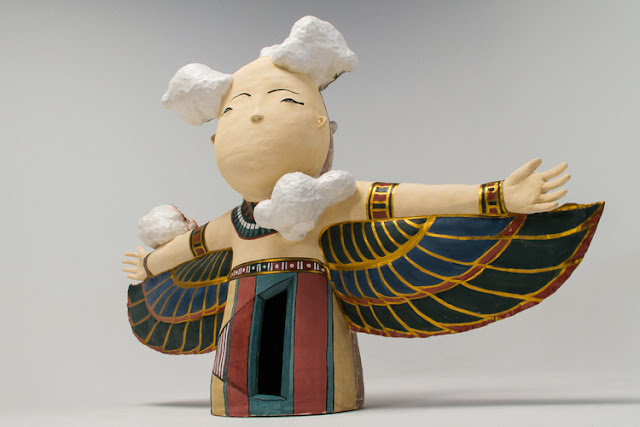 Read more »
Posted by niwdenapolis at 8:30 AM No comments: Links to this post

French fashion outlet Moncler collaborated with director Spike Lee for a short film that is homage to New York in celebration of the opening of its flagship store on Madison Avenue in New York City.

The film opens with a series of photographs and short video clips of everyday life in NYC. It features a mix of "Brave (Suffering Beautiful)," a song from the off-Broadway musical The Total Bent, and stars the dancers Lil Buck, John Boogz and Damaris Lewis. The Music is modeled after the sounds of the City, in its infinite Contradictions and Beauty, with its magical atmosphere, engaging and evocative. It shows a passionate emotional tale about the Big Apple’s Mix and multiplicity of Souls, its Multi-Ethnic Flavor." Through the eyes of Spike Lee, the Short film brings to life Moncler’s emblematic tribute to the MultiFaceted Eclectic Beauty and inexhaustible Life Force of this City on The Hudson, its unique power to Attract, Inspire and Change.


Read more »
Posted by niwdenapolis at 6:02 PM No comments: Links to this post

“Past Forward,” a silent, surreal story of multiple women (Freida Pinto, Allison Williams, Kuoth Wiel) in parallel realities, had its premiere. The stars were all there. So were co-stars like John Krasinski and Sacha Baron Cohen.
The Hitchcock-inspired story centres around three glamorous women — played by Freida Pinto, Allison Williams, and newcomer Kuoth Wiel — who act out parallel stories, set in a dreamlike, black-and-white world. There's a creeping sense of threat as they navigate futuristic worlds. It also features Connie Britton, Sacha Baron Cohen, and John Krasinski, among others.
It's amazing that the fashion/short film used multiracial casts which are not usually seen in a classic 50's or futuristic world inspired projects. The dance sequence was choreographed by Mandy Moore.

Read more »
Posted by niwdenapolis at 9:24 AM No comments: Links to this post

Here are the photos I shot with male model Parker from ELMER OLSEN MODELS. For some reason, Parker reminds me of James Dean. 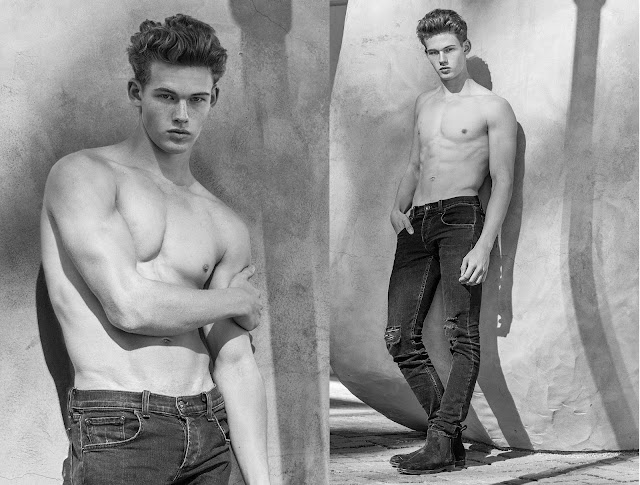 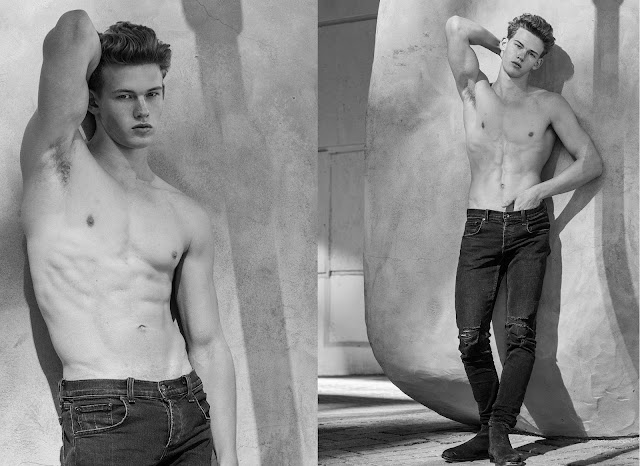 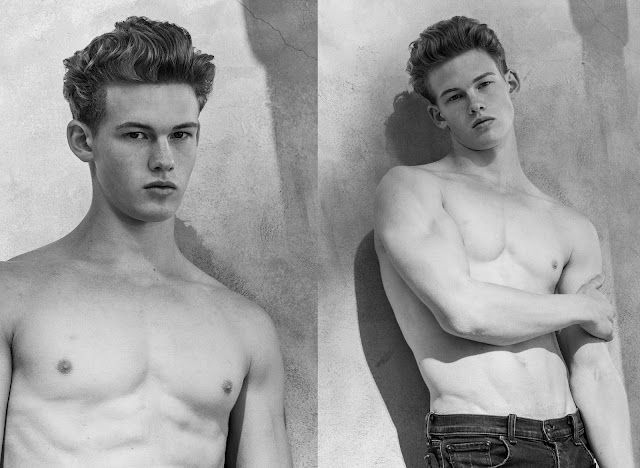 Read more »
Posted by niwdenapolis at 8:44 AM No comments: Links to this post

This is a short film about the story of Ikiré Jones, the brainchild of two first-generation children from Nigeria and Cambodia. A tale of history and rebellion. An Afro-futurist take on the modern suit.


Ikiré Jones is the endeavor of designer/afrobeat musician/attorney Walé Oyéjidé, and bespoke tailor/musician Sam Hubler. The two artists with a passion for creating beautiful things that sit to the left of what has been resignedly accepted as the status quo.

Read more »
Posted by niwdenapolis at 8:43 AM No comments: Links to this post

"Dear Mr. Shakespeare" is a powerful and imaginative exploration of the racial tensions in Othello. It shows how the iconic play still resonates today. The short film was presented as part of the British Council’s series Shakespeare Lives 2016, which celebrates the iconic playwright on the 400th anniversary of his death.

Read more »
Posted by niwdenapolis at 11:33 AM No comments: Links to this post

This film looks great. It's visually breathtaking. (Whitewashing controversy aside). I hope the entire film lives up to its trailer. Ghost in the Shell is a famous Japanese manga & anime series that told the story of the fictional counter-cyberterrorist organization Public Security Section 9, set in the mid-twenty-first century in the fictional Japanese city of Niihama. In this future, the human & machine evolve to the point that most of the public posses cyber brains. The main character Major Motoko Kusanagi is a product of the high level of cyberization.


Read more »
Posted by niwdenapolis at 10:55 AM No comments: Links to this post

Read more »
Posted by niwdenapolis at 11:04 AM No comments: Links to this post

Email ThisBlogThis!Share to TwitterShare to FacebookShare to Pinterest
Labels: #ARTS

Another legend died this year. Canadian icon Leonard Cohen, the hugely influential singer and songwriter whose work spanned five decades, died today at the age of 82. He is arguably, one of the most enigmatic poets and songwriters of his generation. Read more »
Posted by niwdenapolis at 8:42 PM No comments: Links to this post

Act Now #BeforeTheFlood: For every use of #BeforeTheFlood across Facebook, Twitter, and Instagram between October 24 – November 18, 21st Century Fox and National Geographic will together donate $1 to Pristine Seas and $1 to the Wildlife Conservation Society, up to $50,000 to each organization.

About Before the Flood: From Academy Award®-winning filmmaker Fisher Stevens and Academy Award-winning actor, environmental activist and U.N. Messenger of Peace Leonardo DiCaprio, Before the Flood presents a riveting account of the dramatic changes now occurring around the world due to climate change, as well as the actions we as individuals and as a society can take to prevent the disruption of life on our planet. The film captures a three-year personal journey alongside Academy Award-winning actor and U.N. Messenger of Peace Leonardo DiCaprio as he interviews individuals from every facet of society in both developing and developed nations who provide unique, impassioned and pragmatic views on what must be done today and in the future to prevent. Leonardo DiCaprio travels the world to examine firsthand the effects of climate change, and to learn more about possible ways to prevent catastrophic damage that could make the Earth unsustainable for human life. During his journey, he speaks with such influential figures as President Barack Obama, Pope Francis and tech innovator Elon Musk, and makes a speech before the United Nations calling for greater action on this issue.

Read more »
Posted by niwdenapolis at 12:46 PM No comments: Links to this post 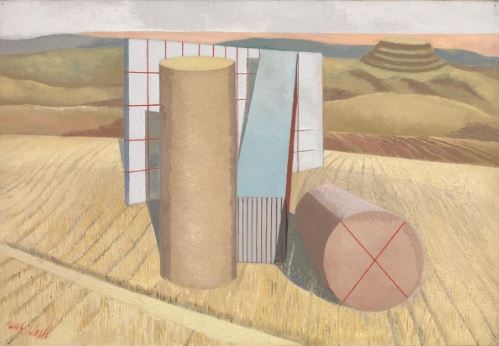 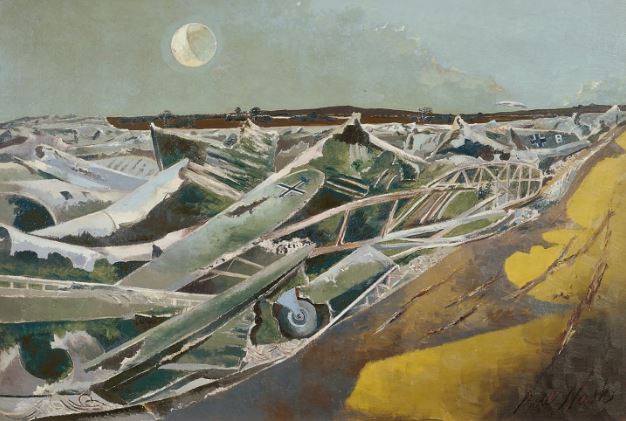 Read more »
Posted by niwdenapolis at 12:02 PM No comments: Links to this post

Read more »
Posted by niwdenapolis at 6:48 AM No comments: Links to this post

Sunday, November 6 at 8:00 p.m. at Miami Beach Cinematheque 1130 Washington Avenue, Miami Beach,
An evening of film screenings organized by Black Radical Imagination followed by a conversation and Q & A with curator Amir George and filmmaker Jamilah Sabur (presented in Miami by ArtCenter/South Florida). 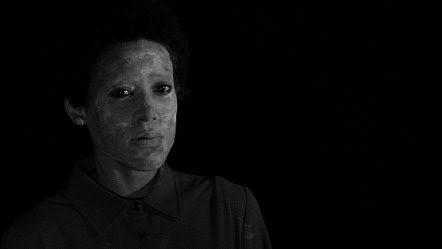 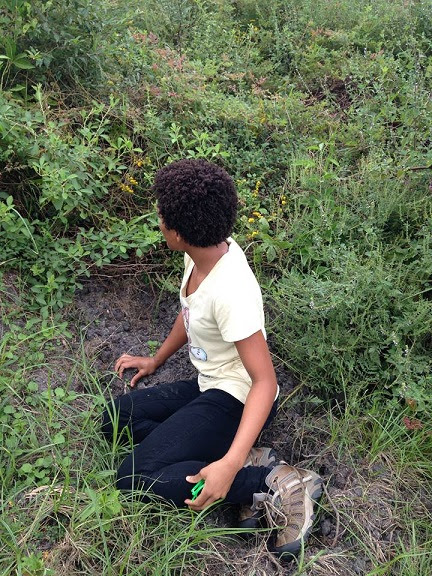 Read more »
Posted by niwdenapolis at 10:25 AM No comments: Links to this post

I hope this pilot gets pick up by major network and production company. "According to My Mother" is an independently produced pilot that has taken one of the top prizes at the 12th annual New York Television Festival, is created by Daniel K. Isaac, Cathy Y. Yan, and Devin Landin of Queens. The series revolves around a gay Korean-American man in New York whose life changes when his devout Christian mother moves in with him. Isaac also took the fest’s award for drama actor.


Read more »
Posted by niwdenapolis at 10:58 AM No comments: Links to this post

Burberry created a wonderful short film/campaign that tells the story of Thomas Burberry. The Tale of Thomas Burberry. 160 years in the making, a story inspired by the pioneering discoveries of our founder, re-imagining key events that have shaped Burberry’s history. 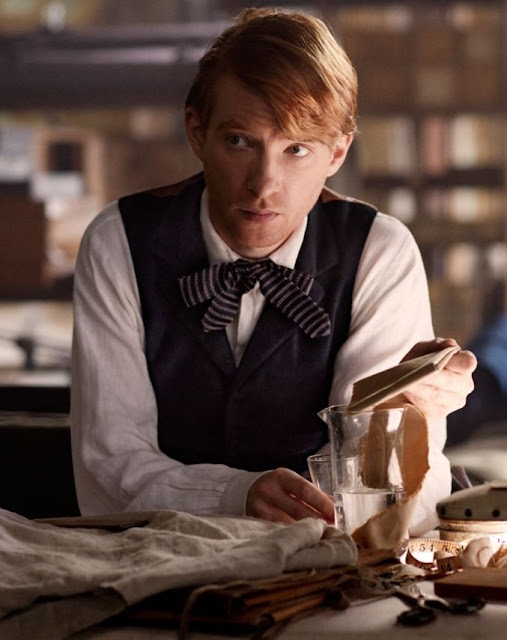 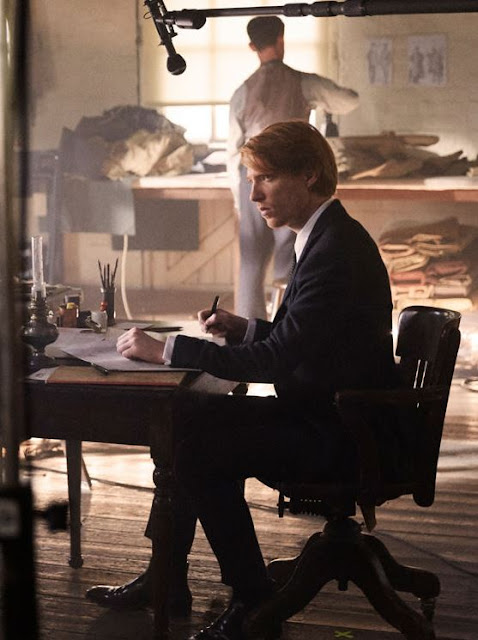 Read more »
Posted by niwdenapolis at 10:55 AM No comments: Links to this post