on August 15, 2020
Future Antebellum By Shawn Theodore July 21 – October 1, 2020
A Harbourfront Centre and PARISTEXASLA partnership Curated by Ashley McKenzie-Barnes as part of da mic is on.
Future Antebellum (2017) is a continuation of Shawn Theodore’s Afromythological works, established in his seminal museum exhibition Church of Broken Pieces (2016). Theodore’s unique aesthetic is derived from his street photography practice, which focuses on the epidemic of vanishing Black neighbourhoods in America, specifically the psychological and spiritual trauma that is left behind in these gentrified spaces. 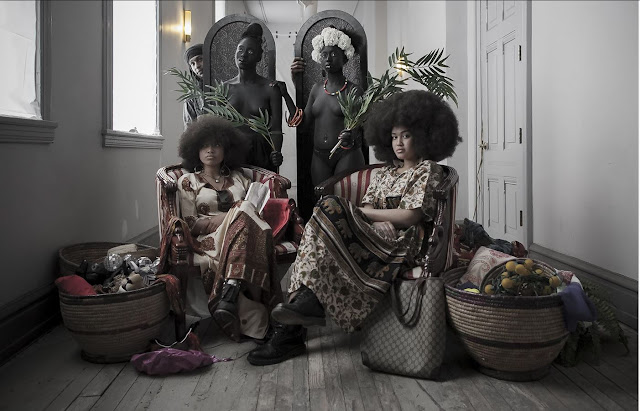 The world that Future Antebellum inhabits imagines a mythological America after a prolonged siege on its Black citizens. The negative effects of the American Empire on the African-American spiritual world lay bare the connection between ancestor and descendant. In these images, ancestors who are usually unseen are now adorned in their clothes and robes and are of the blackest melanin hues. We can see the connections and conversations between families and bear witness to their interventions on the living. Their summits discuss shared power in this Afro-dystopian yet safe space. Shot entirely at the historic Freedom Theater in Philadelphia, Future Antebellum is an examination of the mundane moments within a Black supernatural, super-spiritual world. – Shawn Theodore
Shawn Theodore (b. 1970, Germany) is an award-winning photographer whose work opens broad conversations regarding the role of the photographer in the shaping of agency and imagery, engages in new forms of storytelling, and impacts the trajectory of the collective Black consciousness.

Ashley McKenzie-Barnes is the guest curator of harbourfront.live's series da mic is on, aiming to amplify BIPOC voices and art focused on the Black experience as the world comes to terms with systemic racism and increasing calls for major change at all levels of society. 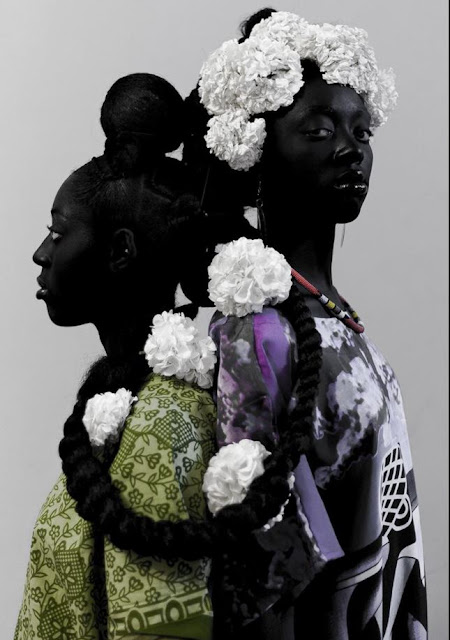 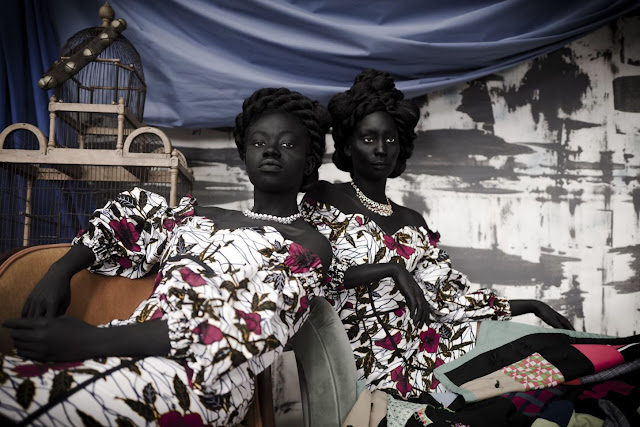 View our virtual exhibition:
Future Antebellum From now until October 1, you can see award-winning photographer Shawn Theodore’s exhibition Future Antebellum on harbourfront.live. Curated by Ashley McKenzie-Barnes, and stemming from their conversation as part of da mic is on, the online photography exhibition is a continuation of Theodore’s exploration of “Afromythology” in his work and looks at the connections between ancestor and descendant. In partnership with PARISTEXASLA. 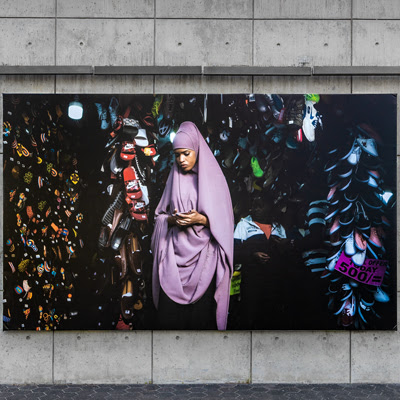