LIST OF MEMORABLE SINGING SCENES BY A FEMALE CHARACTER IN FILMS

on September 22, 2016
Here is the list of some of the memorable singing scenes by a female character in movies.

Legendary actress Rita Hayworth’ is probably best known for her performance in the 1946 film noir, “Gilda”, in which she played the femme fatale. One of the most memorable scenes in the film is when she performed the song “Put the Blame On Mame” where she performed a legendary one-glove striptease. It caused a lot of furor from the censors during that time.
Put the Blame on Mame" is a song by Allan Roberts and Doris Fisher. It is originally written for the film Gilda. In keeping with the film character Gilda being "the ultimate femme fatale", the song used the name Mame as a reference to the notorious criminal named Mame who cause of three well-known violent events in American history. 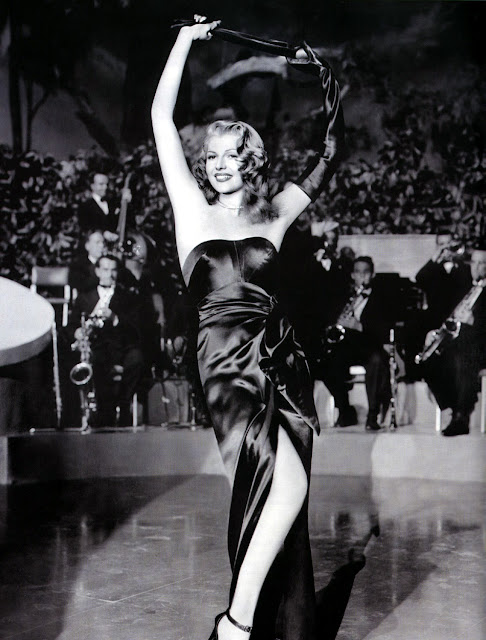 The film “The Blue Angel” is introduced the iconic actress Marlene Dietrich worldwide. Dietrich played the role of Lola, a sexy cabaret singer who caused the downfall of a respectable schoolmaster (played by Emil Jannings). Her portrayal of an uninhibited woman not only established her stardom but also provided the mold for a modern vixen archetype. The film was shot simultaneously in German- and English-language versions. “The Blue Angel” was banned in Nazi Germany in 1933
"Falling in Love Again (Can't Help It)" (Ich bin von Kopf bis Fuß auf Liebe eingestellt") song was composed by Friedrich Hollaender . It was originally performed in the “The Blue Angel (Der Blaue Engel)”. It became Marlene Dietrich’s anthem. Marlene Die Marlene Dietrich, who also recorded the most famous English version, which became her anthem. The English lyrics were written by Sammy Lerner. 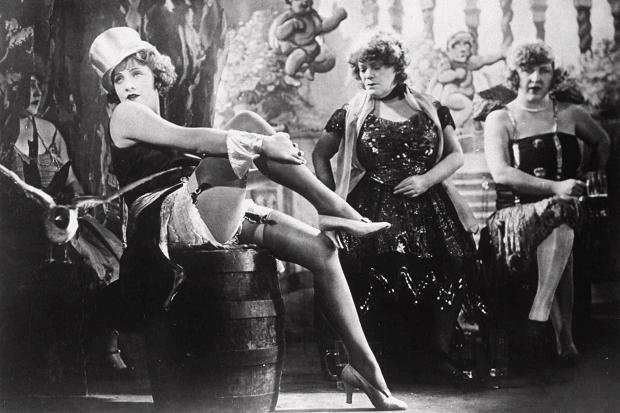 “Diamonds Are A Girl’s Best Friend” is a jazz song about exploiting men for their money and performed by Marilyn Monroe in the film “Gentlemen Prefer Blondes”. The song was listed as the 12th most important film song of all time by the American Film Institute. Marilyn Monroe played gold-digging showgirl Lorelei Lee. The performance of the song occurred in the part of the film when her fiance arrives at the cabaret to see her after his father canceled her letter of credit and forced her to work in a nightclub in France. Diamonds are an element in another story line in the film, in which Lorelei is given a diamond tiara by the mine owner, in gratitude for her recovering the scandalous photographs.
Marilyn Monroe’s performance of the song has been considered iconic that it has been referenced by modern pop artists like Madonna, Kylie Minogue and other. “Diamonds Are a Girl’s Best Friend was written by Jule Styne and Leo Robin. 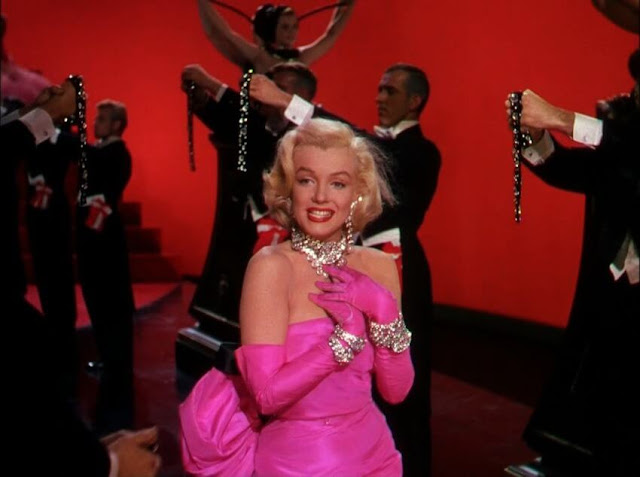 "Moon River" is a song composed by Henry Mancini with lyrics by Johnny Mercer. It received an Academy Award for Best Original Song for its performance by Audrey Hepburn in the movie Breakfast at Tiffany's (1961). In the film “Breakfast at Tiffany’s” Audrey Hepburn's portrayed a naïve, eccentric socialite named Holly Golightly . Mercer and Mancini wrote the song for Audrey Hepburn to fit her vocal range. The lyrics, written by Mercer, are reminiscent of his childhood in Savannah, Georgia, including its waterways. As a child, he had picked huckleberries in summer, and connected them with a carefree childhood and Mark Twain's Huckleberry Finn.
The song was performed by Hepburn during the scene where Paul "Fred" Varjak (George Peppard) discovers Holly Golightly (Hepburn) singing them, accompanied by her guitar, on the fire escape outside their apartments. 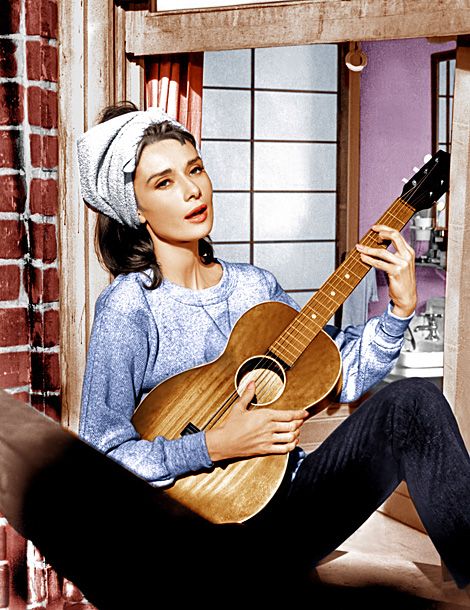 The Fabulous Baker Boys is a 1989 American romantic comedy-drama musical film written and directed by Steve Kloves, and starring real life brothers Jeff Bridges and Beau Bridges as two brothers struggling to make a living as lounge jazz pianists in Seattle. In desperation, they take on a female singer, Michelle Pfeiffer, who revitalizes their careers, causing the brothers to re-examine their relationship with each other and with their music.
Film critic Roger Ebert described this film as "one of the movies they will use as a document, years from now, when they begin to trace the steps by which Pfeiffer became a great star."
Michelle Pfeiffer played Susie Diamond, a very charismatic former escort who has a hidden sultry singing voice. The song “Makin’ Whoopee” was performed by Jack (Jeff Bridges) and Susie (Michelle Pfeiffer) before they gave in to their desire after a long sexual tension between them. 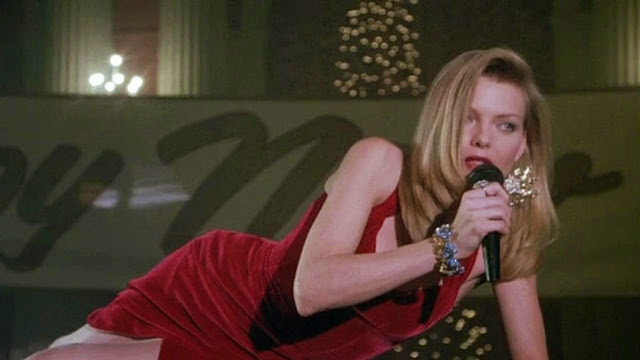 "Sooner or Later" is a song recorded by Madonna from her soundtrack album I'm Breathless. Written by American composer Stephen Sondheimand produced by Madonna and Bill Bottrell, the song was used in the parent film, Dick Tracy. Madonna played as Breatless Mahoney in the film.
"Sooner or Later" was composed to evoke the theatrical nature and style of the film. A 1930s jazz ballad with piano, drum, double bass, and horns, the track conjures up the atmosphere of a smoky nightclub. The song won an Oscar for Best Original Song, awarded to Sondheim. 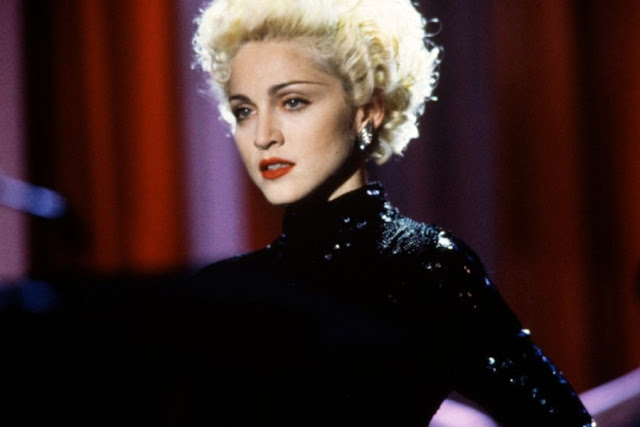 JESSICA RABBIT - WHO FRAMED ROGER RABBIT - "Why don't you do right"

Who Framed Roger Rabbit is a fantasy comedy film by Robert Zemeckis. The story follows Eddie Valiant, a private detective who must exonerate "Toon" Roger Rabbit, who is accused of murdering a wealthy businessman. Concerned by the recent poor performance of one his biggest stars, Roger Rabbit. R.K. Maroon, head of Maroon Cartoon Studios, hires Valiant to investigate rumors about Roger's voluptuous toon wife Jessica being romantically involved with businessman and gadgets inventor, Marvin Acme, owner of both Acme Corp and Toontown. Valiant visited the underground Ink & Pain Club and saw Jessica Rabbit performed “Why Don’t You Do Right?” After watching her performance Valiant secretly takes photographs of Jessica and Acme playing patty-cake in her dressing room, which he shows to Roger. The vocal performance of Jessica Rabbit for that song was by Amy Irving.
"Why Don't You Do Right?" (originally recorded as "Weed Smoker's Dream") is an American blues- and a jazz-influenced pop song written by Joseph "Kansas Joe" McCoyin 1936. A twelve-bar minor key blues with a few chord substitutions, it is considered a classic "woman's blues" song and has become a standard. 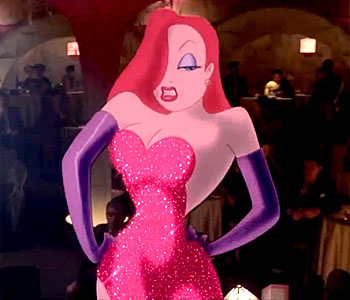 BJORK- DANCER IN THE DARK - NEXT TO THE LAST SONG

Dancer in the Dark (Danish: Danser i mørket) is a 2000 Danish musical drama film directed by Lars von Trier. The film is set in Washington state in 1964. It stars Icelandic singer Björk as Selma Ježková, a daydreaming immigrant factory worker who suffers from a degenerative eye condition and is saving up to pay for an operation to prevent her young son from suffering the same fate.
Selma was accused of being a murder and a Communist sympathizer. The scene occurs when Selma is on her way to the gallows. 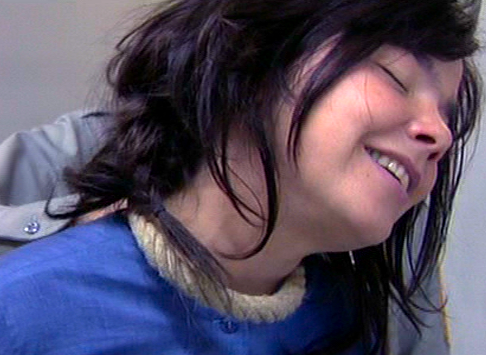 JUDY GARLAND - WIZARD OF OZ -"SOMEWHERE OVER THE RAINBOW"
The Wizard of Oz is a 1939 American musical comedy-drama fantasy film produced by Metro-Goldwyn-Mayer, and the most well-known and commercially successful adaptation based on the 1900 novel The Wonderful Wizard of Oz by L. Frank Baum.[3] The film stars Judy Garland as Dorothy Gale.
"Over the Rainbow" (often referred to as "Somewhere over the Rainbow") is a ballad, with music by Harold Arlen and lyrics by E.Y. Harburg. It was written for the film. It won the Academy Award for Best Original Song and became Garland's signature song. About five minutes into the film, Dorothy sings the song after failing to get her aunt and uncle to listen to her relate an unpleasant incident involving her dog, Toto, and the town spinster, Miss Gulch. Dorothy's Aunt Em tells her to "find yourself a place where you won't get into any trouble". This prompts Dorothy to walk off by herself, musing to Toto, "'Some place where there isn't any trouble.' Do you suppose there is such a place, Toto? There must be. It's not a place you can get to by a boat, or a train. It's far, far away. Behind the moon, beyond the rain...", at which point she begins singing. 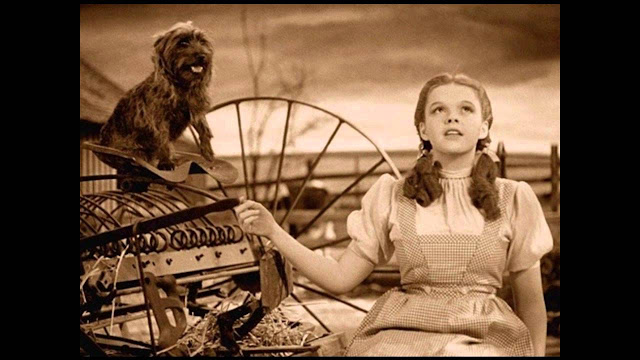 BARBRA STREISAND - FUNNY GIRL - DON'T RAIN ON MY PARADE
Funny Girl is a 1968 American biographical romantic musical comedy-drama film directed by William Wyler. It is loosely based on the life and career of Broadway and film star and comedian Fanny Brice and her stormy relationship with entrepreneur and gambler Nicky Arnstein. Barbra Streisand played the role of Fanny Brice. She won the Academy Award for Best Actress for her performance, tying with Katharine Hepburn (The Lion in Winter). "Don't Rain On My Parade" was written by Bob Merrill and Jule Styne. 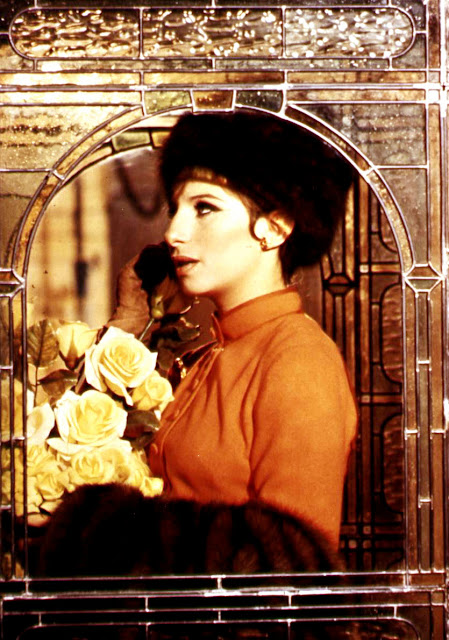 “The Sound of Music” is the title song from the 1959 musical The Sound of Music. Its music was composed by Richard Rodgers to lyrics written by Oscar Hammerstein II.
The song introduces the character of Maria played by Julie Andrews, a young novice in an Austrian abbey. 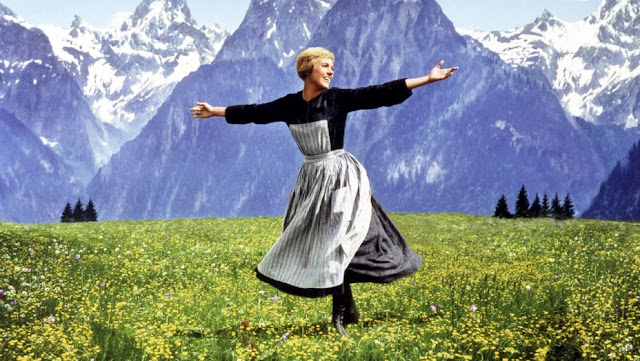