on May 20, 2009
Architect Zaha Hadid has collaborated with the brand Lacoste to design a range or limited edition footwear. This limited-edition collection of just 850 pairs will be available exclusively at such high-end boutiques as Colette in Paris, Dover Street Market in London and 10 Corso Como in Milan. I love the that wrap around design. I wonder how much it will cost a pair?

Here is the information from Zaha Hadid via Dezeen.com

LACOSTE will launch the footwear capsule collection designed in collaboration with Zaha Hadid Architects in September 2009. The project was initially previewed in October 2008 during the Frieze Art Fair in London, and the exciting ‘work in progress’ exhibited there has now become a final design prototype poised for production.

The Zaha Hadid for LACOSTE footwear collaboration began with a digitized interpretation of surfaces with repeated patterns. ‘The design expression behind the collaboration with LACOSTE footwear allows the evolution of dynamic fluid grids,’ explains Hadid. ‘When wrapped around the shape of a foot, these expand and contract to negotiate and adapt to the body ergonomically. In doing so a landscape emerges, undulating and radiating as it merges seamlessly with the body.’
The digital landscape is translated into a tactile landscape by a series of metal plates depicting the desired wave pattern. These plates were subsequently utilised to apply a combination of heat embossing and debossing techniques to the calf leather, thus rendering the topography in relief. This resulting topography gradually emerges on the uppers as it curves around the top and exterior fascia of each shoe, and fades across the straps.

2D plan drawing of the 3D pattern is replicated on the sole of the shoe. The continuity and fluidity in the design are enhanced by the minimum depth of the sole and the seamless strap closure system. The limited edition closure system features a bi-stable snapping metal band encased in the leather strap at the upper-most end. This responsive band gently wraps and secures itself at ankle height in the men’s limited edition and at knee height in the women’s limited edition. The unique Zaha Hadid for Lacoste logo appears on the side of the heel and on the in-sock. The sleek and sophisticated black box which packages the product also bears an embossed version of the same logo. The women’s boots are available in black and purple, whilst the men’s come in black and navy. 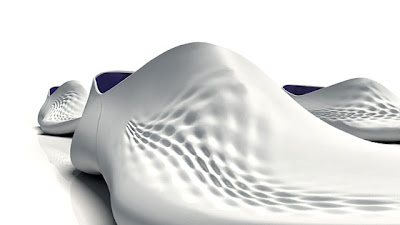 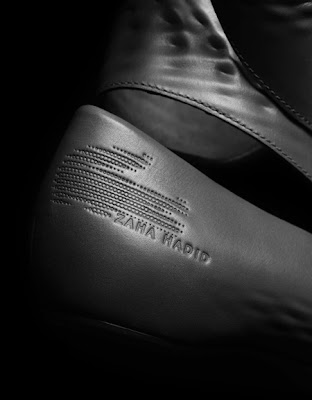 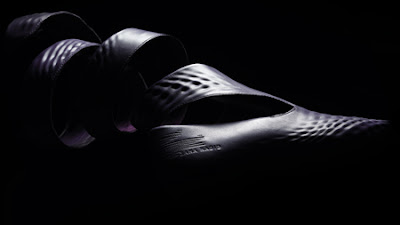 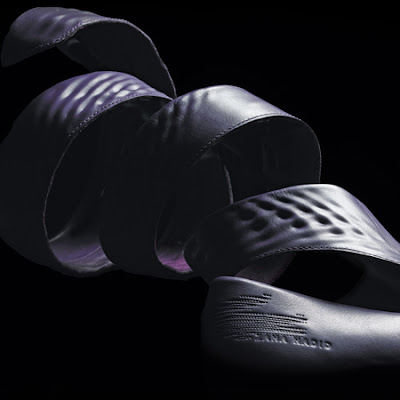 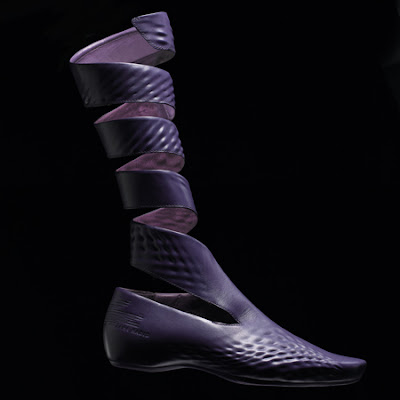 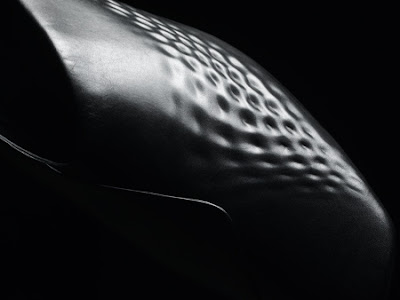 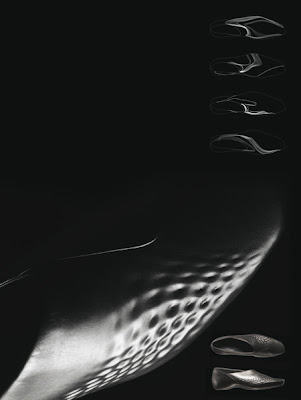