on September 16, 2007
I completely enjoyed reading the New York Times Style Magazine – Men’s edition on Sunday. Cathy Horyn’s article about Sydney Toledo, chief executive of Dior was very fascinating read. It gave an interesting view on the gymnastic acts between business and creative department of high end fashion brand so they could work successfully. Also there’s a little tidbits on the real reason why Hedi Slimane left Dior. According to Toledo Hedi wanted a 100% control of his going to be men and women’s label, he wanted a complete control of the action, even the choice of receptionist. Hmmm. I wonder if he would put a skinny teenage punk boy as receptionist.

There are some mildly schizophrenic moments between some stories- after few stories about the popularity of highly luxurious items such as bespoke suits, then followed them by an article about billionaires dressing up very casually and homely.

Photographer Nan Godin’s fashion editorial about disaffected Anglo youth called ‘English Beat” and Fashion Stylist Alister Mackie’s “Couture club”, a male version take on Irving Penn’s and Richard Avedon’s fashion photographs were both stunning. But since I’m a big fan of John-Baptiste Mondino I posted here the couple of editorial he has on the issue.


Not since the film “Mysterious Skin” have I find the actor Joseph Gordon-Levitt sexy. Here are the portraits of him by Mondino. 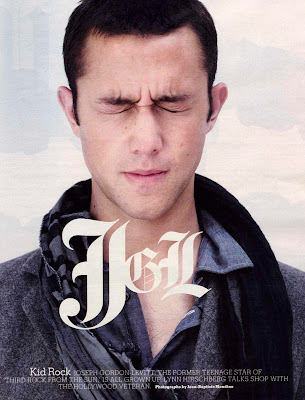 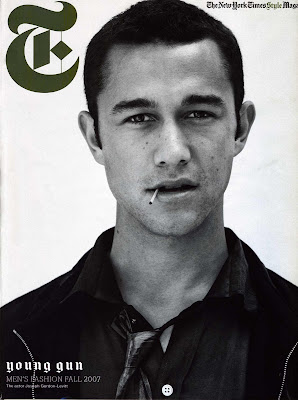 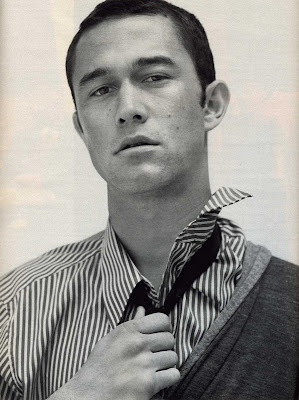 I love the models of this Mondino’s editorial called “The Cast System”. The idea is borderline interesting and tacky. 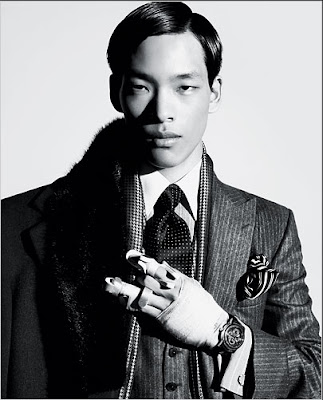 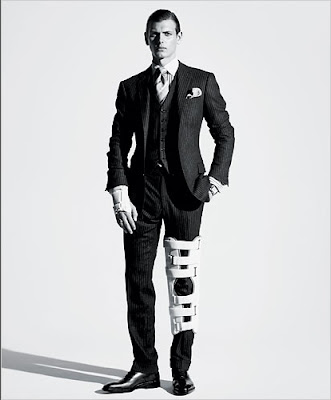 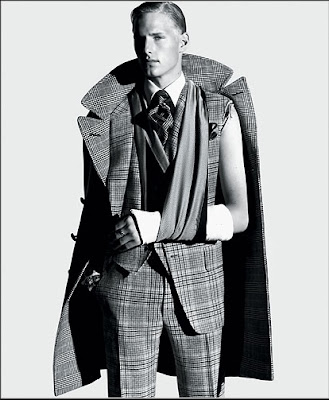 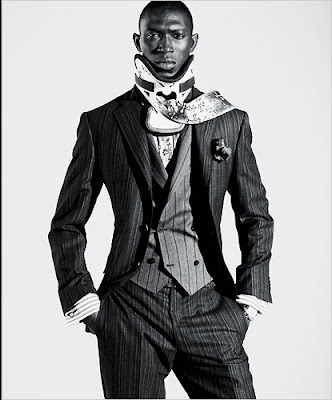 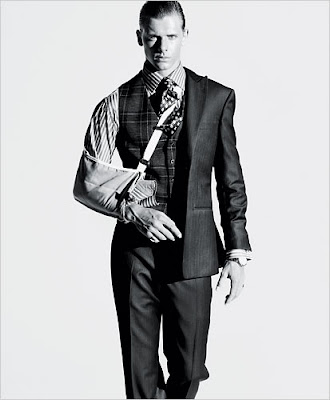 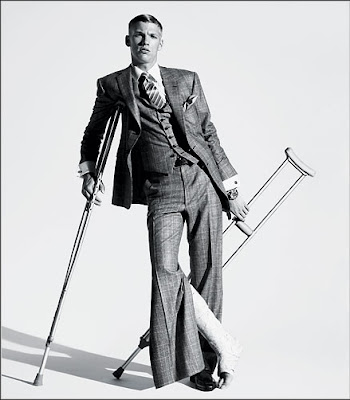 But just in case you missed getting the paper issue on Sunday , you can still visit and read some of the editorials and story at the New York Times site. Here.
#fashion #MODELS

LeRosey said…
I'm trying to get the actual copy of the NY Times magazine with the Mondino's "The Cast System" images. I know on your blog, it says sept 07. Do you recall the exact date of it? I'd appreciate it if you could help me out here.

niwdenapolis said…
Hi! It's on the Sep. 16, Sunday issue of NY Times . It's on NY Times Style Magazine.

LeRosey said…
Thanks niwde. Would you happen to have the actual issue of this magazine? I'd be more than happy to pay you for it. I need it for work purposes. I tried calling NY Times but they don't keep past issues that far back. I tried some other vendors but no luck there too. Any suggestions would be deeply appreciated. My thanks again in advance. :)
12:40 PM

niwdenapolis said…
Lucky you I still have my copy. E-mail me you mailing address and I will send it to you.
1:17 PM