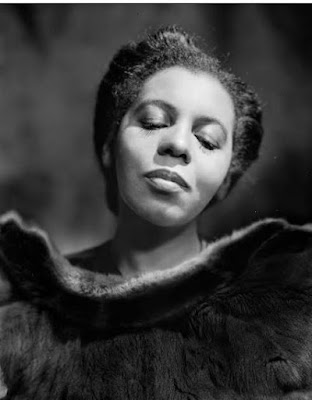 Portia May White, contralto, teacher (born 24 June 1911 in Truro, NS; died 13 February 1968 in Toronto, ON). Portia White was the first Black Canadian concert singer to win international acclaim. She was considered one of the best classical singers of the 20th century. Her voice was described by one critic as “a gift from heaven.” She was often compared to the celebrated African American contralto Marian Anderson. The Nova Scotia Talent Trust was established in 1944 specifically to enable White to concentrate on her professional career. She was named a “person of national historic significance” by the Government of Canada in 1995.
https://bcrcmontreal.com/canadas-black-walk-fame-portia-white/
#ART #MUSIC.#ARTS