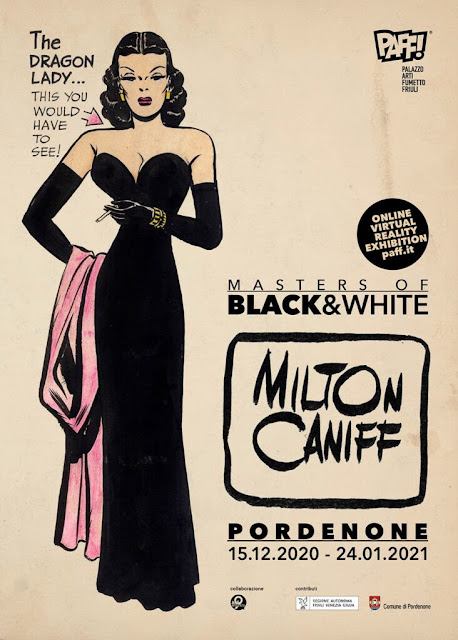 Starting December 15 2020 to January 24, 2021, The PAFF museum( Palazzo Fumetto Friuli Pordenone) will present original comic strip drawings by Milton Caniff, one of Hugo Pratt's greatest influences.  The exhibition explores the connection between comics, cinema, music, and fashion in the 30s and 40s Berlin.
Presenting some of the less familiar pages in our history through the drawings of one of the greatest cartoonists the world has seen... This is the goal of the new exhibition “Masters of black and white: Milton Caniff”, opening at the PAFF! museum on its second anniversary. With this exhibition, PAFF! Palazzo Arti Fumetto Friuli confirms its multidisciplinary mission, using cartoons as a platform to explore various areas of culture and encompass a wide variety of fields, including history, science and art, reaching everybody through the vivid power of images. This exhibition celebrates the work of great American cartoonist, Milton Caniff. He is considered the “Rembrandt of comics”, one of the most important and influential artists in the history of cartoons, and a huge influence on Hugo Pratt, offering audiences an exciting world of femmes fatales and great adventurers with his drawings throughout the 1930s and ‘40s.
Milton Canniff is considered the "Rembrandt of comics" because of his big influence on the history of cartoons. 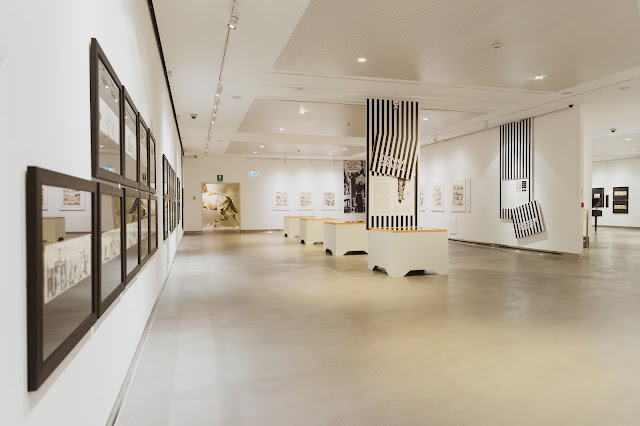 www.paff.it
In line with regulations to prevent the spread of Covid-19, the exhibition has been staged in the historic rooms of Villa Galvani in Pordenone and is accessible online in the form of a virtual tour (www.paff.it), thanks to the use of a camera technology offering 360° high-definition views of the exhibition spaces.
#ART #ARTHAPPENING #ARTS