"THE PLINTH PROJECT" BY ETAGE PROJECT

on January 06, 2017
Etage Projects is a design gallery situated in the centre of Copenhagen’s art district has a curated show that started pm 18th of November last year and will run until the 21st of January this year called "The Plinth Project."
In architecture, a plinth (from French plinthe, from Latin plinthus, from Greek πλίνθος plinthos, “brick”) is the base or platform upon which a column, pedestal, statue, monument or structure rests. The plinth usually rests directly on the ground or stylobate. It exists to negotiate between a structure and the ground. Popularised in Greek antiquity, a plinth is an structural object that bridges sculpture and architecture.
"The Plinth Project" is an exhibition about the exploration of the interaction between body and object. It is a curated show of 12 demystified plinths shaped by designers of the gallery. This exhibition commissioned designers to produce a plinth in the same manner they would design any object.

"ANYWAY PART OF IT"  by Kueng Caputo 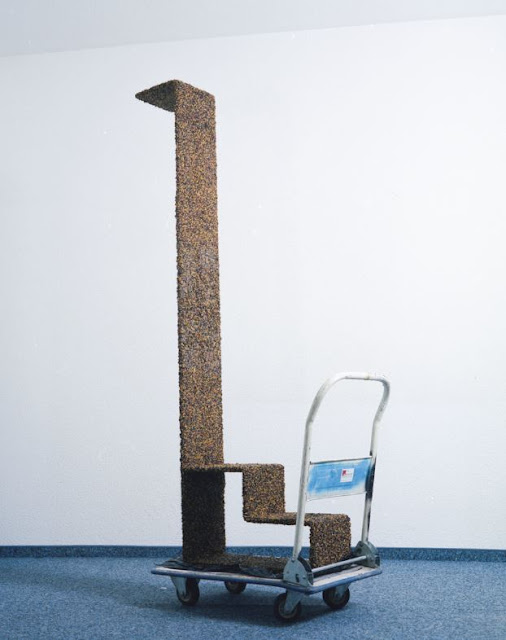 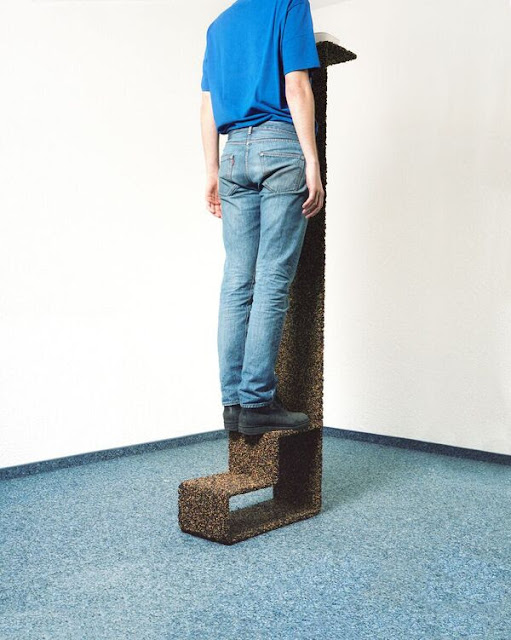 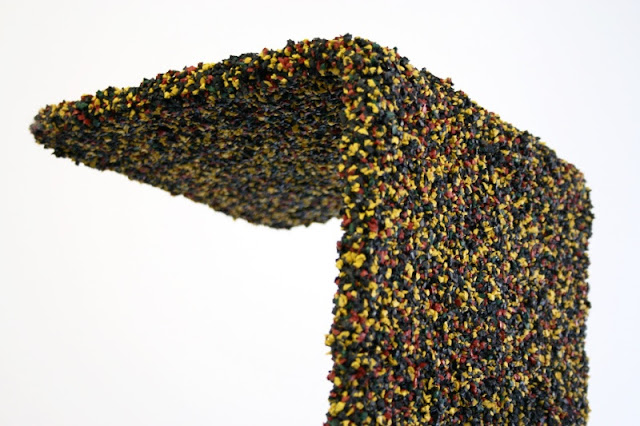 Anyway Part of It
by Kueng Caputo
"Anyway part of it
the point of view
approaching
taking distance
changing it as much as possible
to see more precise.
what is it
without a viewer?
is an object the same
without an interaction?"


"It Came Through Me Through You (No Separation)" by OOIEE 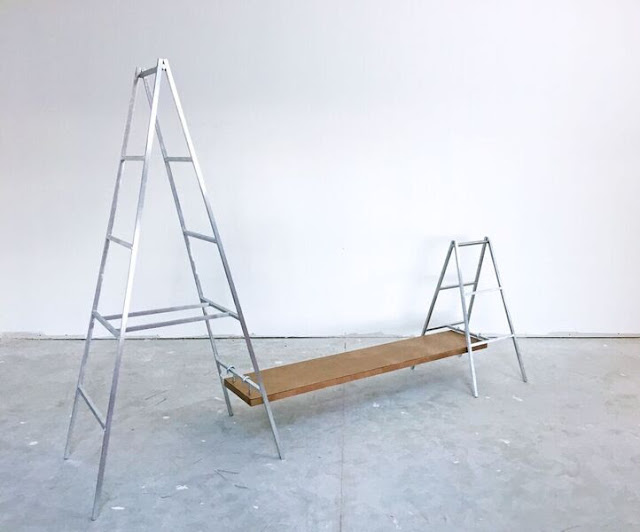 In 1976, the architect Toyo Ito'designed a home called 'White U' for his sister and her two young daughters. The house was designed to help them through grief.
"There's an object in one of the photos that is mysterious.
We've never understood it. We've never arrived at any sort of end with it. It won't leave us. We don't really see it as an obsession but, rather, as an object that has come to get us. A ghost? Is the photo a map? An amplifier? An extender? A plinth? (...) So this photograph that has traveled through time has been, contains and is becoming several potential plinths - material and immaterial - And the thing I love about a plinth, is that it knows how to get out of its own way." THE BIG BANG AND OTHER EXPLANATIONS by Hilda Hellström 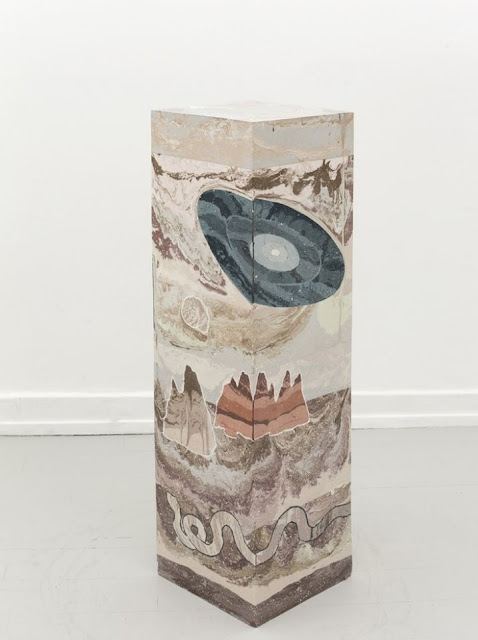 For the Plinth Project, Hellström has worked with her seminal Sedimentation technique. When applied to the cubic shape of a plinth, Hellström discovered the similarities it had to schematic diagrams over the structure of the earth. To play along with these associations, she used a technique o finales to create figurative icon-like images within the cube. The images tell three stories explaining the origin of the earth. There's the Midgard serpent from Norse Mythology surrounding the earth, the hand of God looking over the creation of the mountains and lastly the Big Bang.


Etage Projects is a gallery committed to working with interdisciplinary creatives who actively question received models of practice and exhibition. Through this, Etage Projects intends to enrich and broaden the definitions of art, architecture and design.
Etage Projects
Borgergade 15E
DK - 1300 Copenhagen
http://www.etageprojects.com/
#ART #ARTS #DESIGN