on April 05, 2016
Garis and Hahn Gallery presents new works on canvas from the New-York based painter and illustrator Mike Perry titled "Intoxicating Pollen Wiggling in a Moist Journey of Constantly Blooming Tides" and curated by Cassandra Johnson. The exhibition is a series of kaleidoscopic abstractions and ebullient distillations of the pop and surrealist canon, the show represents a significant evolution in the artist’s practice. The large-scale paintings embody all the signature elements of Perry’s work—unnaturalistic colors, intricately distorted compositions, and a hand-drawn aesthetic.

“Pop derives from energy and icons,” Perry observes. “I’m using that to build bizarro landscapes that channel big topics in the universe.” 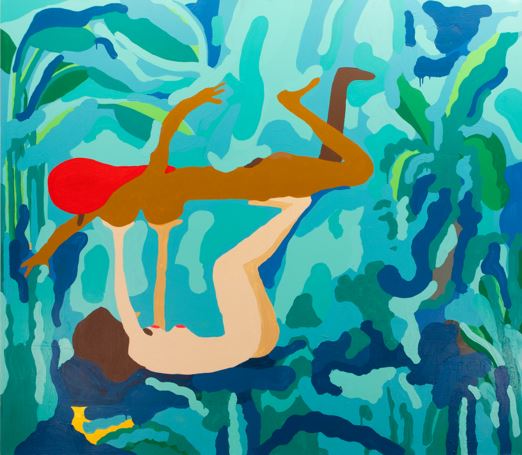 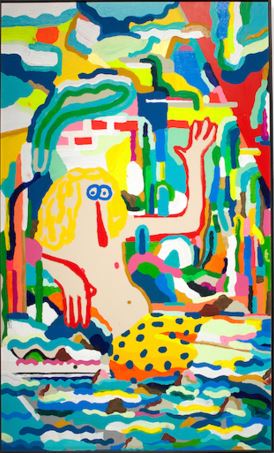 About the Artist Mike Perry (b. 1981, Kansas City, Mo.) is a painter, illustrator, and designer. He works in a variety of mediums, including paint, drawing, installation, public murals, graphics, and animation. He has designed the opening animation and promos for the popular Comedy Central show Broad City, and is currently working on an animated series. Commissioned projects include Herman Miller, Apple, Nike, MTV, MAC Cosmetics, Converse and Rayban and large-scale installations for Facebook and Duvel. His illustrations have appeared in GQ, Harpers, Playboy, Nylon and the New York Times. He has published six books including My Mother Caught Me Doodling (2015) and Wondering Around Wandering (2012). He is the Creative Director of Tidal Magazine.


About the Curator Cassandra Johnson is a curator and co-founder of curatorial firm The Varsity Project, gallery director and an art consultant based in New York City. Cassandra has worked for Creative Time, the Dumbo Arts Center and Gagosian Gallery. Her writing has appeared in n+1, Bomb and the Journal of Social Theory in Art Education and others. She is currently Director of Steven Kasher Gallery, New York.