on December 11, 2013
Here are some selected menswear Karl Lagerfeld presented in his CHANEL's pre-fall 2014 "Metiers d'art Paris-Dallas" show.  The collection looks like Texan fashion through the eyes of a Parisian.  It's an homage to the time when Coco Chanel accompanied by a delegation of 125 people from France – landed on October 14th at the Dallas airport. Stanley Marcus, co-founder of the Neiman Marcus store, awarded her with the Neiman Marcus Award for Distinguished Service in the Field of Fashion, the "Oscar of Fashion". That year, the Chanel is the only winner among the 300 fashion designers invited, an indication of the importance she holds in the hearts of Americans. During her twelve-day Texan journey, Gabrielle Chanel dazzles the crowd to the point that Time Magazine reports the event by titling it "Dallas in Wonderland".


The male models  who were on the show Edward Wilding, Marlon Texiera (my favourite Brazilian model), Jake Davies, Brad Koenig and his son Hudson, and Sebastion Jondeau. 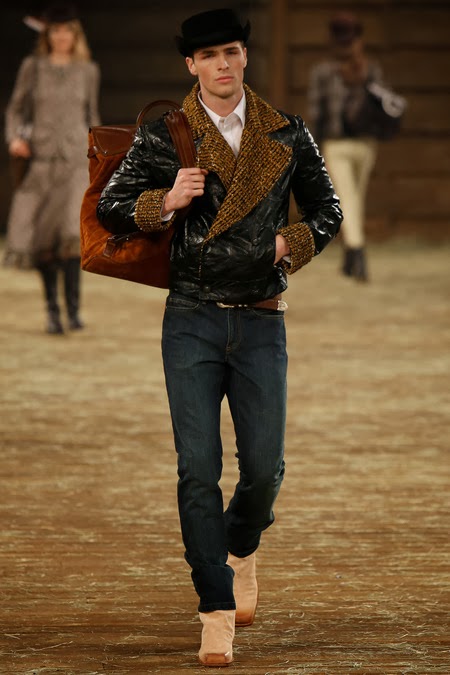 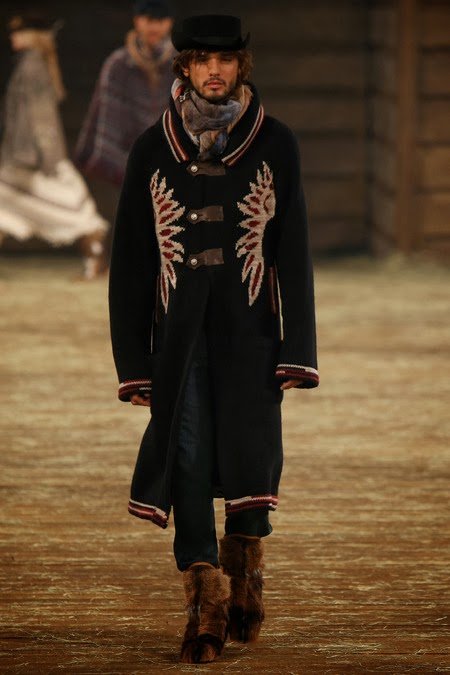 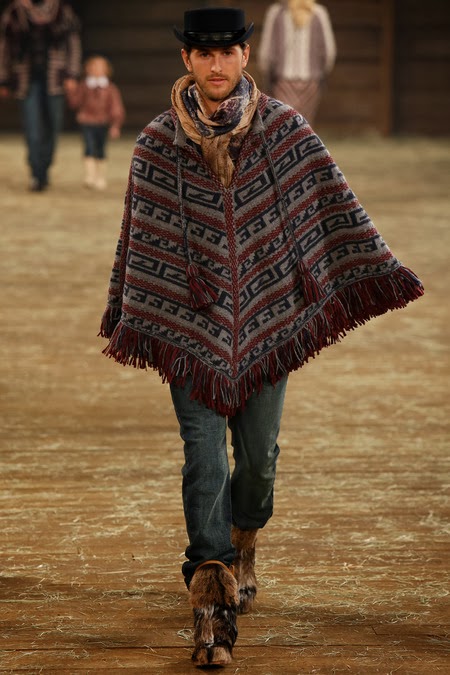 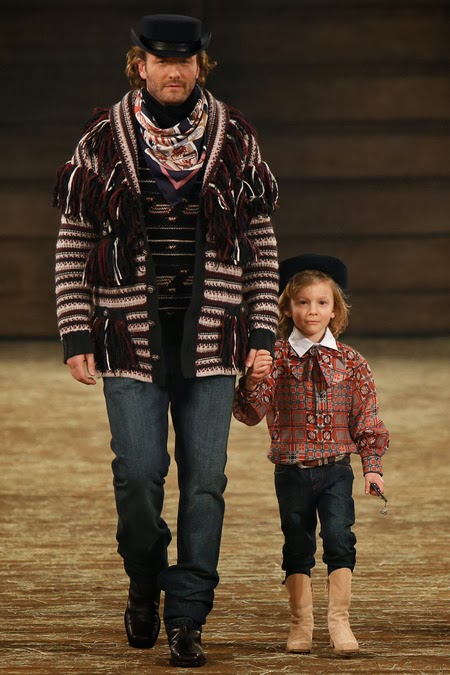 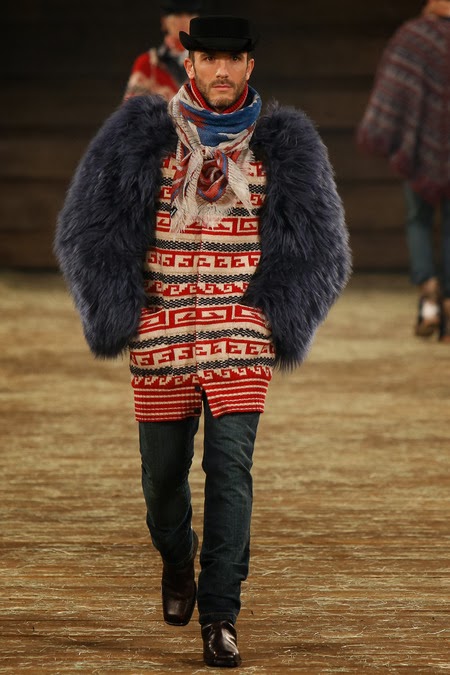 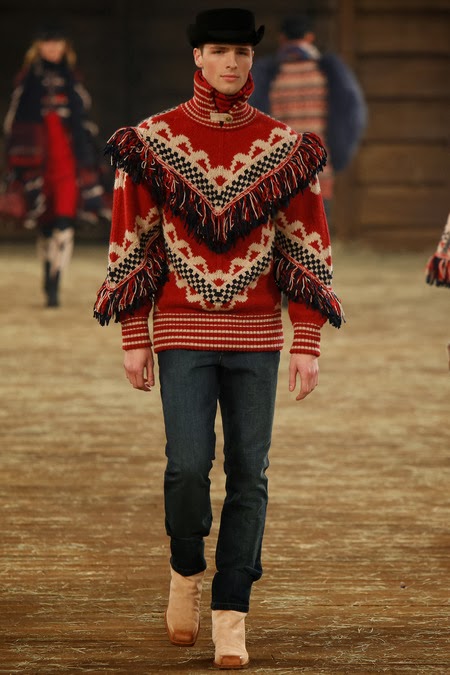 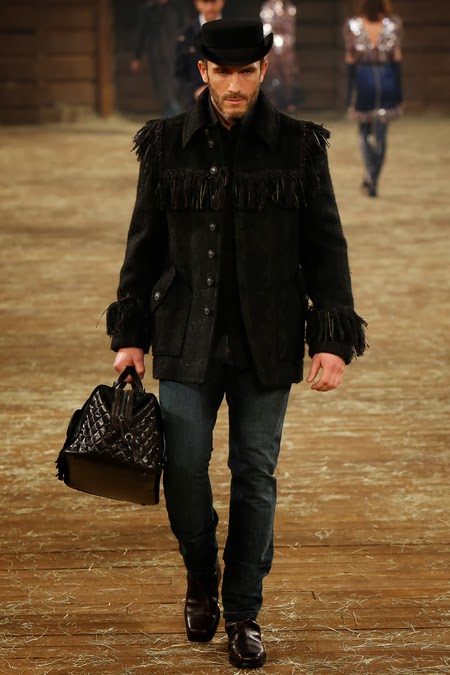 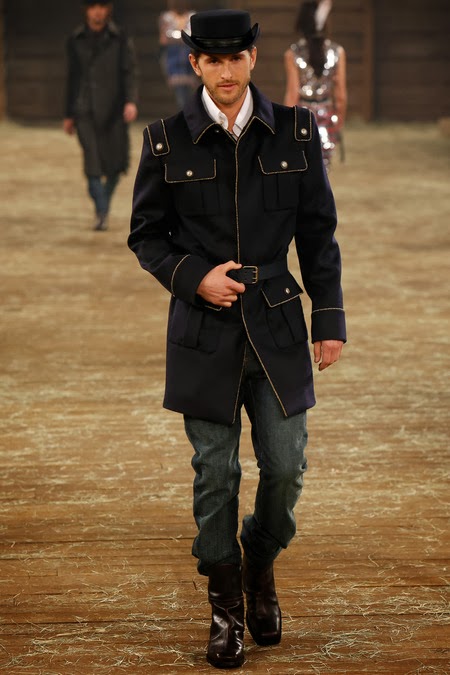 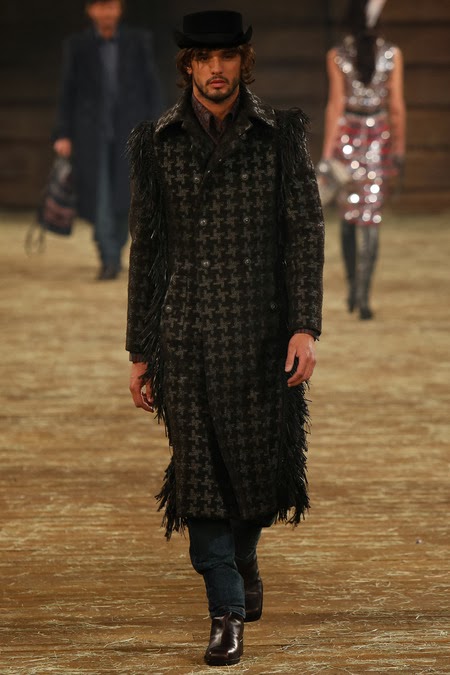 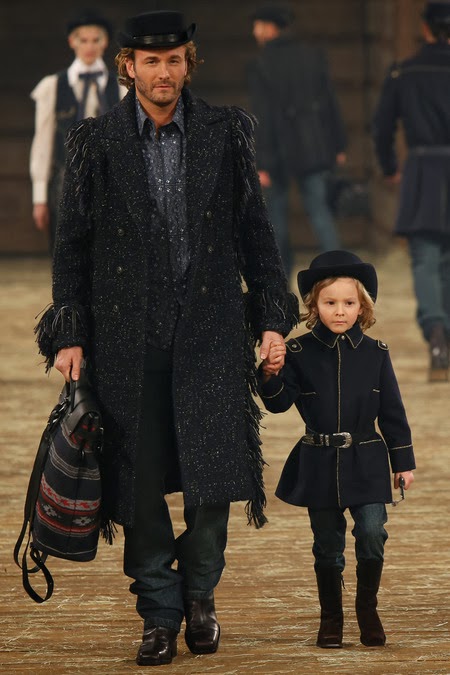