on March 09, 2011
Before Sartorialist, the Facehunter or any street fashion photographers there is the master Bill Cunningham. He has been documenting the styles and fashion for more than 50 years now. He was proclaimed as a living landmark in New York. Ana Wintour told New York Times fashion critic Cathy Horyn, “We all get dressed for Bill.” 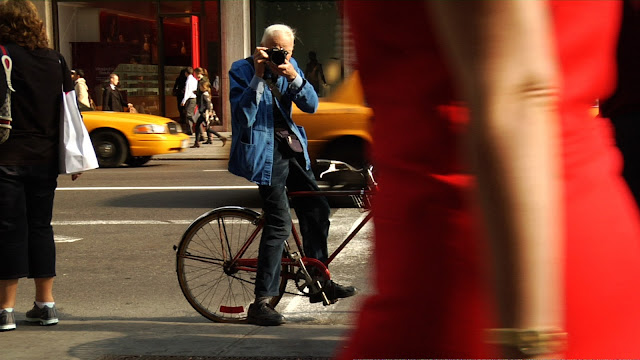 "The "Bill" in question is 80+ New York Times photographer Bill Cunningham. For decades, this Schwinn-riding cultural anthropologist has been obsessively and inventively chronicling fashion trends and high society charity soirées for the Times Style section in his columns "On the Street" and "Evening Hours." Documenting uptown fixtures (Wintour, Tom Wolfe, Brooke Astor, David Rockefeller—who all appear in the film out of their love for Bill), downtown eccentrics and everyone in between, Cunningham's enormous body of work is more reliable than any catwalk as an expression of time, place and individual flair. In turn, Bill Cunningham New York is a delicate, funny and often poignant portrait of a dedicated artist whose only wealth is his own humanity and unassuming grace."