on January 27, 2010
I just recently watched the 1958 Jacques Tati’s comedy “Mon Oncle”. I love this film, as a big fan of modernism and shamefully slightly materialist this film is great cautionary tale for me.
“Mon Oncle” is a movie that shows the culture clash between the traditional and modern life. It centers on gangly, bumbler and lovable character Monsieur Hulot who lives in village square area with a lot of colourful inhabitants. While on the other hand, Monsieur Hulot's brother-in-law is affluent, materialistic and very style conscious plastic factory manager, Mr. Arpel. Mr. Arpel and his wife owns a state-of-the-art, ultra minimalist home that has full of amazing gadgets but devoid of warmth and comfort. Their son Gerard of course hates living the antiseptic and repressive life at home and enjoys more spending time with his uncle Monsieur Hulot. So to take away the influence of the uncle on his son Mr. Arpel decided to mold Hulot on his liking and gave him a job in his factory and match him with their similarly stylist single neighbor .

One of my favourite part from, this film is Madame Arpel obsessive regards on appearance that she keep everything dust free to a point that she brushes and polishes everything in sight including her husband, suits, briefcase, hat and the car even while it’s been driven out. I also love the atrocious metal fish fountain that on get turned on for important visitors.
“Mon Oncle” just like other Jacques Tati’s film is a whimsical comedy that satirically comments on society. 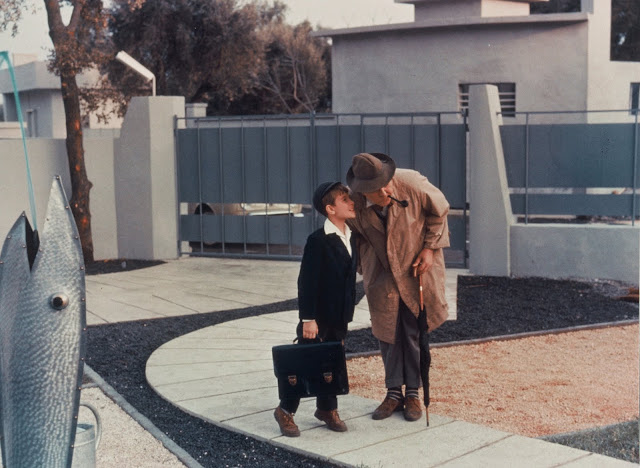 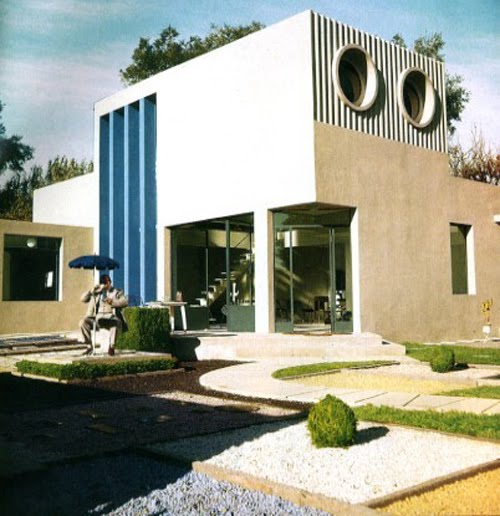 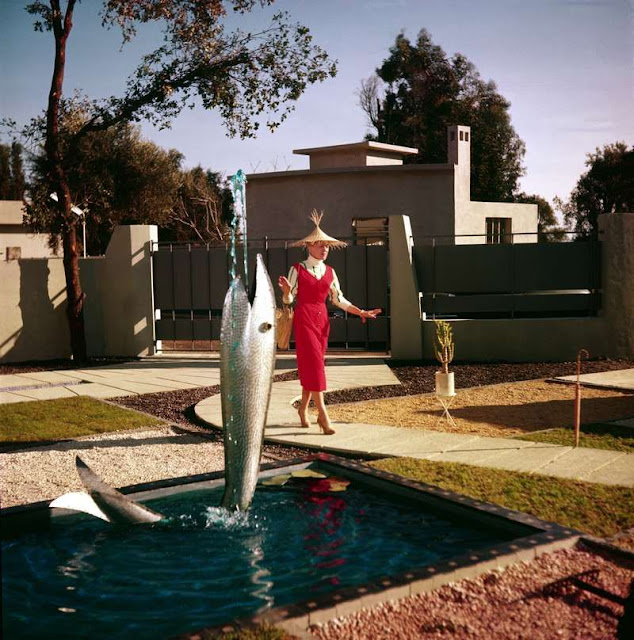 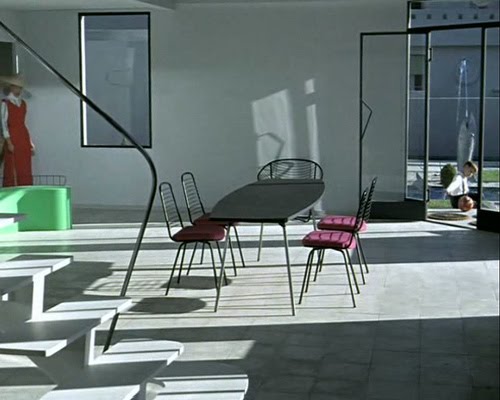 I'm kinda reluctant to put the link of this because of the Youtube Police.  But here is the link where you can watch it now.