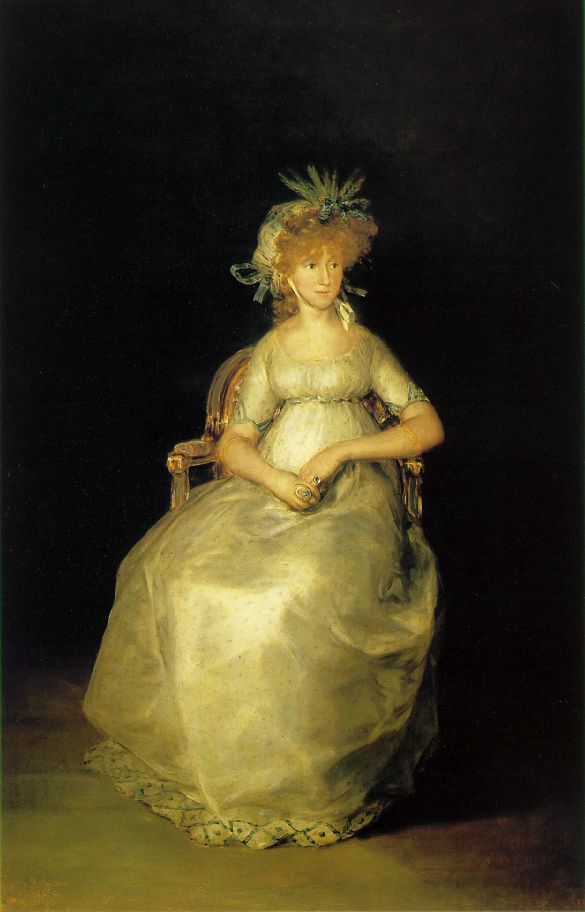 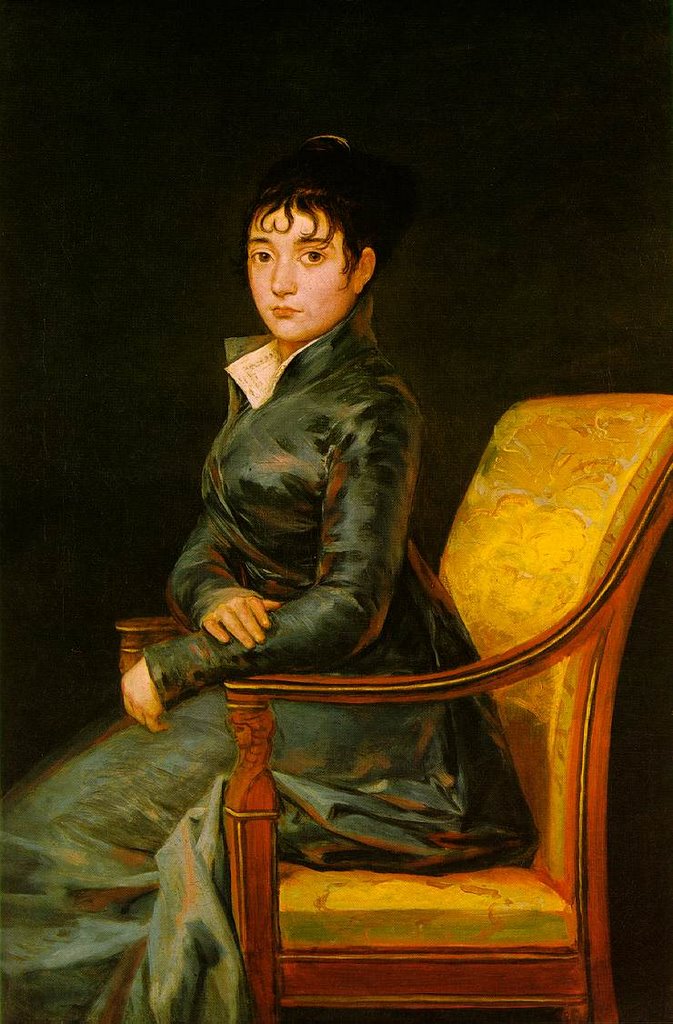 Francisco José de Goya y Lucientes (March 30, 1746 – April 16, 1828) is revolutionary and a visionary artist who is regarded as the Father of Modern painting who influenced great artist like Manet and Picasso. His abstract commentary on society and historical upheavals during his time reflected thru the bold and haunting element of his works.
Goya painted the Spanish royalties, including Charles IV of Spain and Ferdinand VII. His themes range from merry festivals to scenes of war and corpses. Through the end of his life, Goya produced frightening and obscure paintings of insanity, madness, and fantasy. Goya believes that the artist's vision is more important than tradition. His critical portrayal of his times marks the beginning of 19th-century realism.

Two of Goya's best known paintings are The Nude Maja (La Maja desnuda) and The Clothed Maja (La Maja vestida). They depict the same woman in the same pose, naked and clothed respectively. He painted La Maja Vestida after outrage in Spanish society over the previous Desnuda. He refused to paint clothes on her, and instead created a new painting.
In 1792 a serious illness caused Goya to be permanently deaf. The isolation brought by his condition propelled him to largely engross with the fantasies and his with critical and satirical observations of mankind which paved the way to his new free style. The start of his dark theme in his work came around 1793–94, where he completed a set of eleven small dark, dramatic and nightmarish pictures, called the pictures of “Fantasy and Invention”. 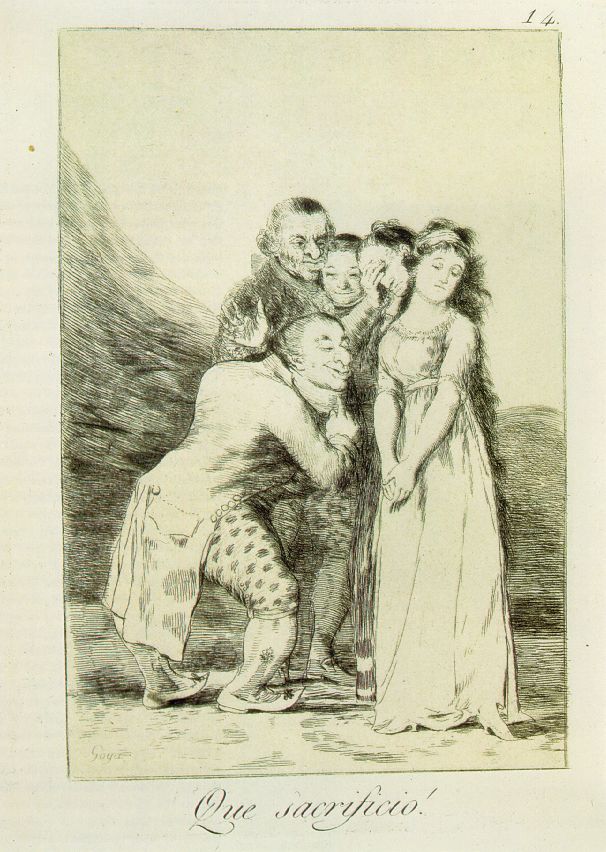 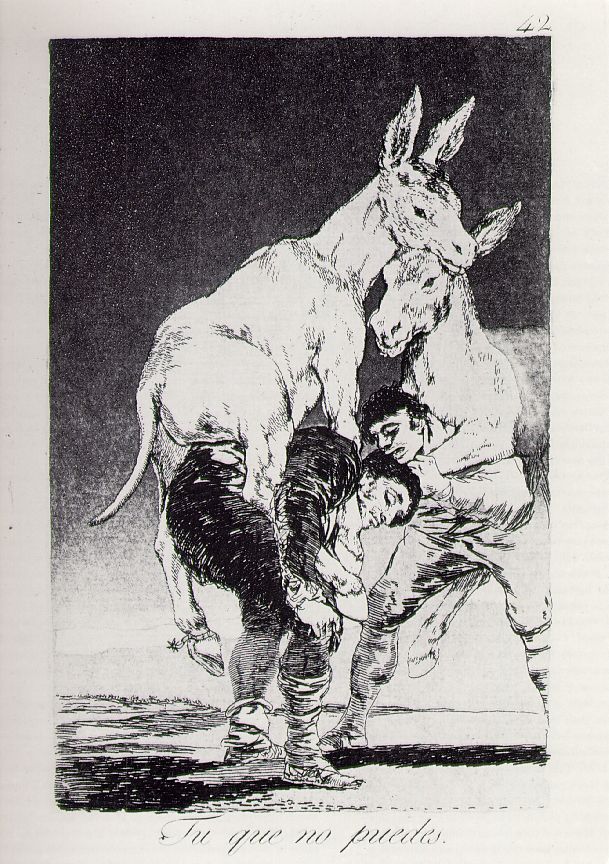 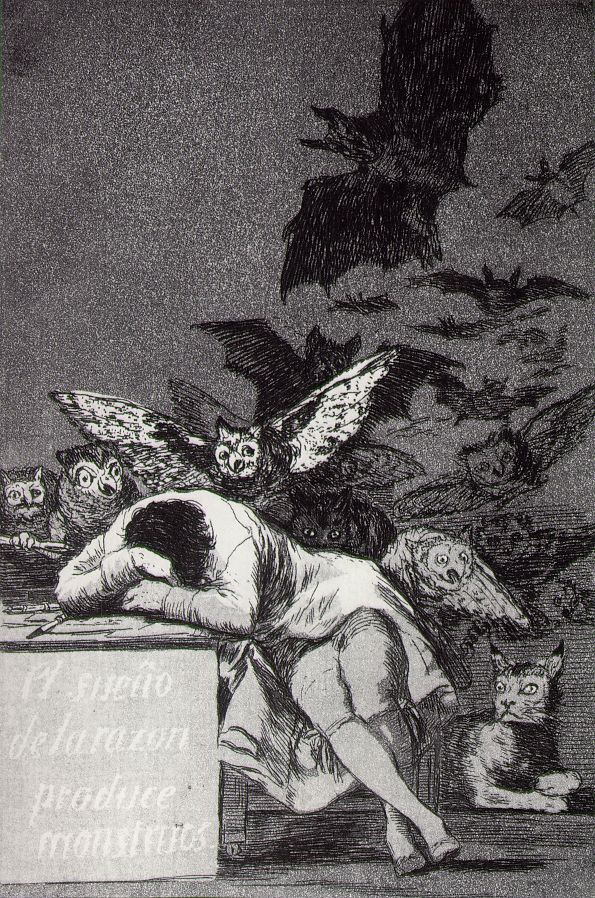 In 1799 he published the Caprichos, a series of etchings satirizing human folly and weakness. His portraits became penetrating characterizations, revealing their subjects as Goya saw them. In his religious frescoes he employed a broad, free style and an earthy realism unprecedented in religious art.
From 1819 to 1824 Goya lived in seclusion in a house outside Madrid. Goya bought a house Quinta del Sordo ("Deaf Man's House") and painted many unusual paintings on canvas and on the walls, including references to witchcraft and war. One of these is the famous work Saturn Devouring His Sons a reference to Spain's ongoing civil conflicts. This painting is one of 14 in a series called the Black Paintings , the most celebrated pictures of Goya's last years
After his death the wall paintings were transferred to canvas and remain some of the best examples of the later period of Goya's life when, deafened and driven half-mad by what was probably an encephalitis of some kind, decided to free himself from painterly strictures of the time and paint whatever nightmarish visions came to him. Many of these works are in the Prado museum in Madrid. Goya’s dark and critical views of mankind remain very powerful today.