on September 24, 2015
Artist Beth Cavener's works usually addressed controversial and darker side of human condition by her anthropomorphized animal sculptures. You can easily recognized human emotions and expression within her animal figures.  On a surface, her sculptures looks like a normal cute animals but looking closely you can feel the human psychology and emotions.

"There are primitive animal instincts lurking in our own depths, waiting for the chance to slide past a conscious moment. The sculptures I create focus on human psychology, stripped of context and rationalization, and articulated through animal and human forms. On the surface, these figures are simply feral and domestic individuals suspended in a moment of tension. Beneath the surface they embody the impacts of aggression, territorial desires, isolation, and pack mentality.
Both human and animal interactions show patterns of intricate, subliminal gestures that betray intent and motivation. The things we leave unsaid are far more important than the words we speak out-loud to one another. I have learned to read meaning in the subtler signs; a look, the way one holds one’s hands, the tightening of muscles in the shoulders, the incline of the head, the rhythm of a walk, and the slightest unconscious gestures. I rely on animal body language in my work as a metaphor for these underlying patterns, transforming the animal subjects into human psychological portraits.

I want to pry at those uncomfortable, awkward edges between animal and human. The figures are feral and uneasy, expressing frustration for the human tendency towards cruelty and lack of understanding. Entangled in their own internal and external struggles, the figures are engaged with the subjects of fear, apathy, violence and powerlessness.
Something conscious and knowing is captured in their gestures and expressions. An invitation and a rebuke." 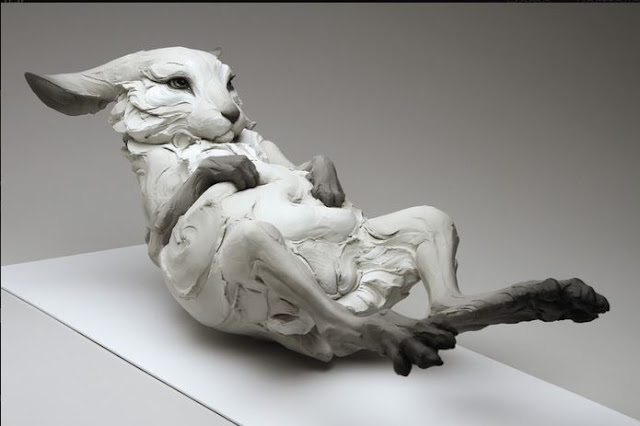 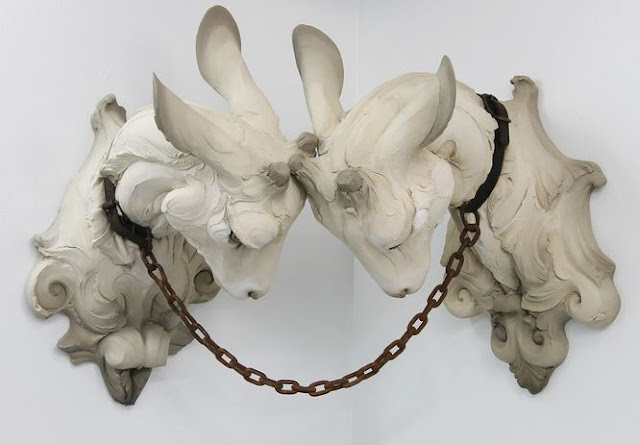 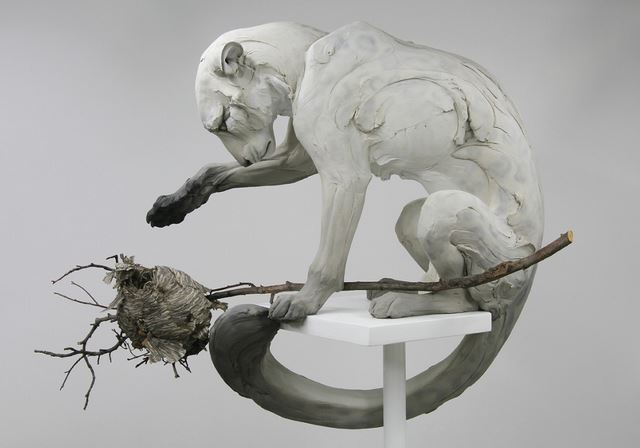 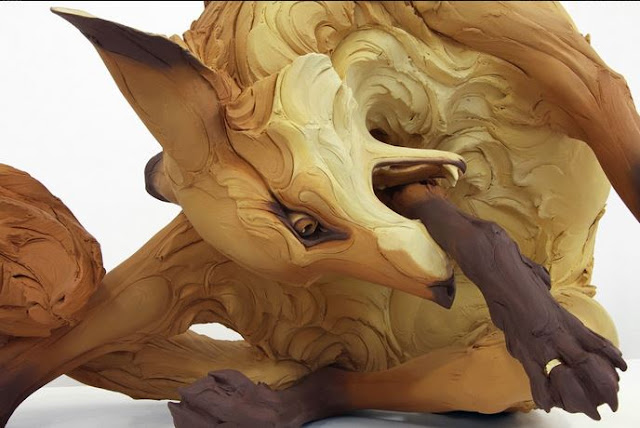 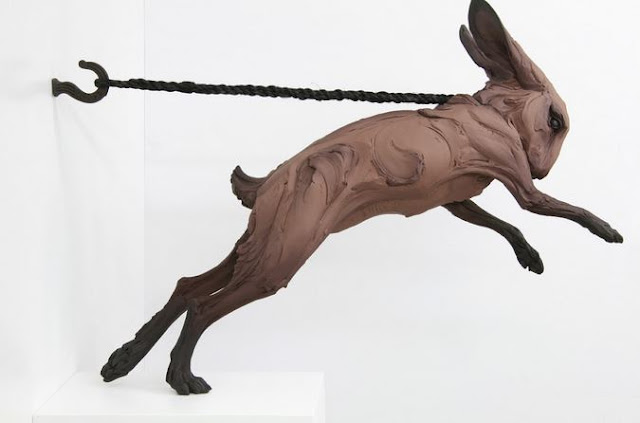 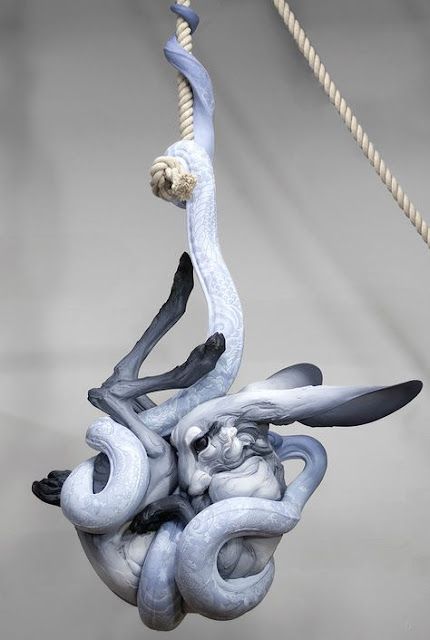 "Tangled Up In You" 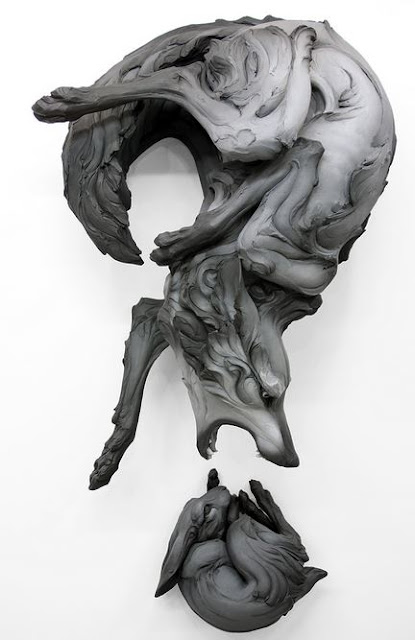 "That Question That Devour" 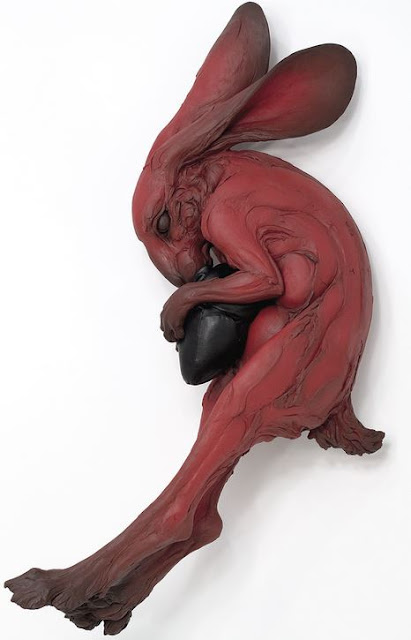 You can learn more about her here http://www.followtheblackrabbit.com/ .
#ART #BETHCAVENER #SCULPTURE