The Making of a Male Model 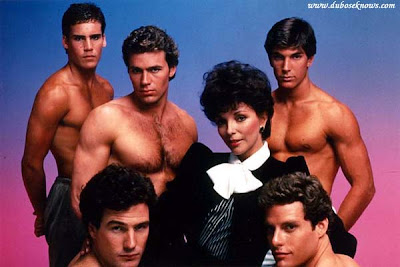 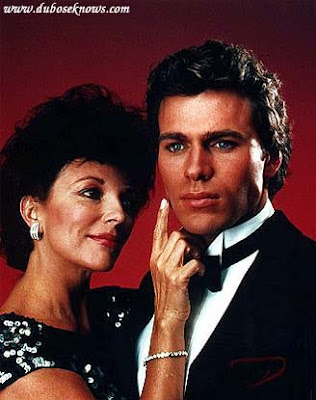 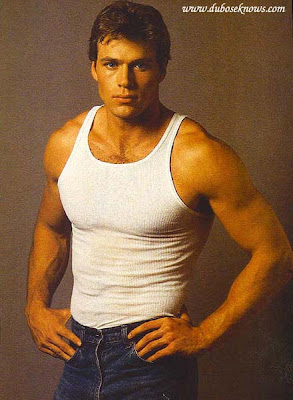 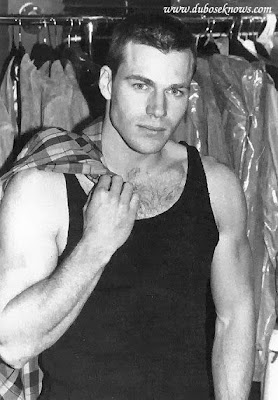 Yes! Finally someone posted one of my favourite 80’s campy the TV movie “The Making of a Male Model”in You-Tube. It starred Joan Collins during the height of her Alexis Carrington fame as the super agent Kay Dillons. The real star of this movie was hunky man meat John Erik Hexum who played Tyler Burnett a Nevada ranch hand (cowboy) who discovered by Kay and became a male supermodel. It’s the TV land look of the drama the surrounding fashion industry which means over the top characters like Tyler’s gay washed up male model room mate Chuck who of course just like most of every hedonistic beautiful gay character in TV had to die of drug overdose.

If you watched the You-Tube clip, it will give a good summary of the movie – yes just like every TV movie it would give a cheesy moral lesson in the end that fame is evil and simple life in the farm are the best.

And how homoerotic is the “Fever” cologne ad. 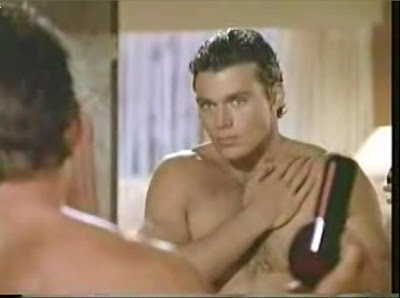 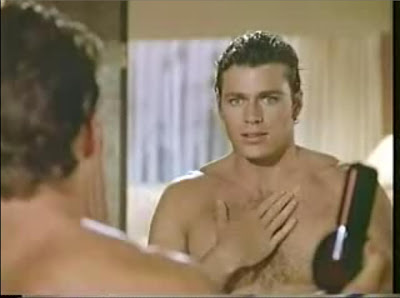 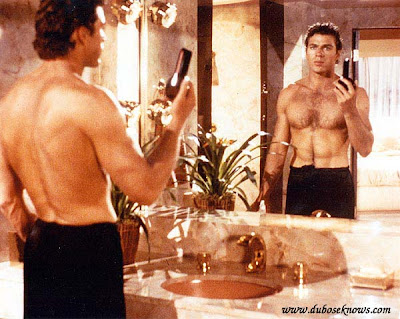 And then you get this shower scene too. 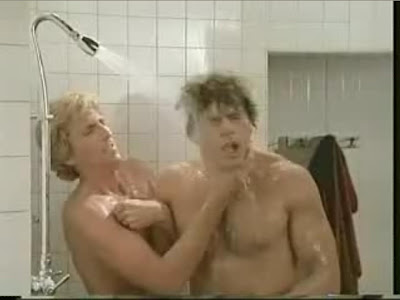 So if you could get a dvd or they ever showed it in Lifetime cable channel – you should watch it. Just like Tyler said in the Fever cologne ad “"Try it…and let her catch the fever.”
Posted by niwdenapolis at 6:23 AM